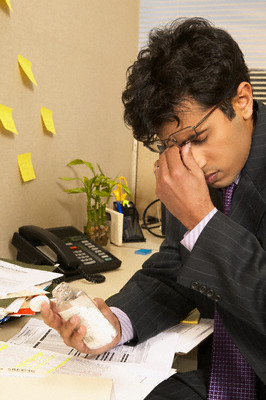 The fall out from the big accounting mess announced on Monday by Research In Motion continues.

RIM, makers of the BlackBerry released the results of a seven-month internal review on Monday, saying it identified hundreds of options granted to employees between 2002 and 2006 that were issued with “incorrect measurement dates” Employees were given the right to acquire as many as 4.6 million shares.

That news didn’t have an impact on the company stocks on the stock market and most analysts say this option issue is a common problem for companies that are growing so quickly. By identifying the problem and correcting the mistake now the company is hoping to head off even bigger problems down the road. It did mean that RIM’s Chairman Jim Balsillie resigned, although he remains co-CEO.

But the biggest hit might come to the hundreds of employees of the Waterloo, Ontario based company who may be required to refile income tax statements and take a one time tax hit for all the gains these stock options might have made over the years. Those tax bills might also include penalties and interest on the money.

Usually, gains on options are taxed at a preferential rate in Canada, but the RIM options apparently had some value already when they were granted which opens up any profits to regular income tax rates. Which if you live in Canada is quite the hit to the cup. Employees could be on the hook for increases in share prices from .50 to $80 per share.

In the US there has been some sympathy for employees caught in these accounting screw ups and lower tax rates can be granted in some circumstances. Revenue Canada hasn’t issued a similar ruling.

So, I think there are going to be some very cranky employees at RIM this week.