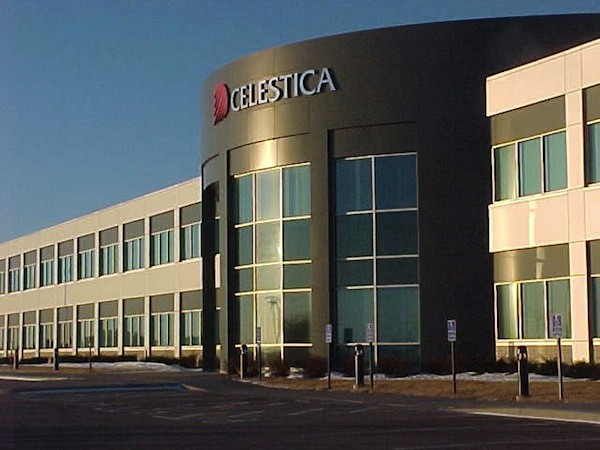 For many years now, Celestica, the Canadian contract manufacturer (CM) with operations all over the world, has been a manufacturing partner with Research In Motion.  For a few years Celestica wouldn't actually make hardware for RIM, but they'd act as a fulfillment center by loading in the carrier-specific OS, packaging up everything into the right box and shipping it off to retail locations in the USA.

Then, as RIM grew, it expanded its base of contract manufacturers to include Celestica.  For a while, RIM manufacturing made up a significant chunk of Celestica's revenue.

Today Celestica announced that it will be winding down BlackBerry manufacturing over the next few months.  This is a clear sign that RIM's operational team has decided to consolidate its manufacturing under fewer CMs.

I remember following RIM in the early days.  They had two form factors - the pager style and the QWERTY PDA style.  That was it.  They had 4 models because they produced each for factor on two networks (DataTAC and Mobitex).

Then, from 2000 to 2007 we saw RIM expand with so many carriers, in so many markets.  They launched all sorts of form factors from QWERTY to flip phones to candy bar (Pearl) to all-touch (Storm) to slider (Torch).  They had multiple flavors of each (Bold at the high end, Curve below it).  They had CDMA and GSM versions.

RIM was a company that produced a device variation if the sales guys believed a carrier customer would put in an order for it.  That's how product variations were decided upon at RIM.

Today the company is starting over by re-writing all of its core apps on BlackBerry 10.  And while they're at it I hope they massively consolidate the number of products they offer to only a few.

Assuming this is what they're doing, they have no need for so many different contract manufacturing partners.

I remember them using Celestica, Jabil, Wistron, Flextronics, and Elcoteq.  I'm not saying they used all 5 manufacturers at the same time, but I do believe they were using at least 4 at any given point, along with their own NPI (new product introduction) manufacturing lines in the Kitchener-Waterloo area.

RIM's entire management team has been overhauled.  Everything about the company is starting to change.  There is no logical reason for RIM to need so many manufacturers.  I'm not surprised in the least to see Celestica dropped from the manufacturing strategy.

Nothing against Celestica, of course.  They're a fantastic and well-run company.  But when these consolidations happen, you naturally drop the contract manufacturer who's footprint of factories doesn't line up with your needs, or the one who is least flexible on pricing.