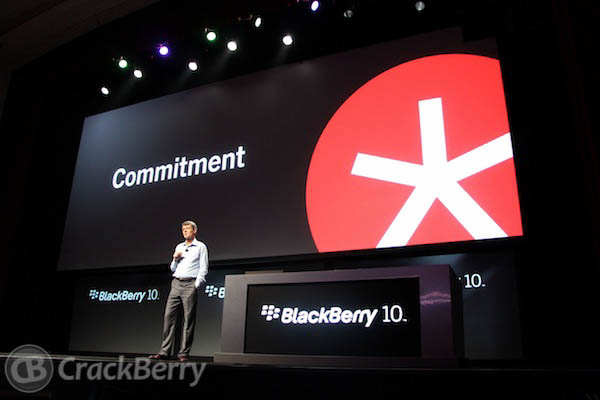 No stranger to op-eds and not willing to let the media tell a one sided story, RIM CEO Thorsten Heins has stepped up to defend BlackBerry and their more than 80 million customers globally. In direct response to the article by the New York Times titled BlackBerry As Black Sheep, Thorsten highlighted many of the points BlackBerry users customers themselves addressed:

“BlackBerry as Black Sheep in Smartphones” lacks the balance your readers expect.

With more than 80 million customers globally, BlackBerry is growing and remains one of the world’s most popular smartphones. I’ve just come from visiting carriers and partners in all parts of the world, and they have told me that there are millions of BlackBerry fans out there who not only find great value in their device, but also pride in being a BlackBerry owner.

While any report of dissatisfaction among our users is a cause for concern that I take very seriously, the comments supporting BlackBerry both online and in calls we’ve received from our customers in response to your article are encouraging to me.

BlackBerry remains the leader in providing security for corporate customers, which is why more than 90 percent of the Fortune 500 rely on BlackBerry. It’s true that some companies put restrictions on accessing certain applications for security reasons, but applications like Yelp and OpenTable are, in fact, among the approximately 100,000 apps available in BlackBerry AppWorld.

We’ve received excellent feedback from carriers, developers and partners for our upcoming BlackBerry 10 platform and are on track to deliver it in the first quarter of 2013. We appreciate the customers who have remained loyal to the BlackBerry platform and look forward to winning back many who have left.

This isn't the first time Thorsten has had to deal with the media directly and it certainly won't be the last. Personally, I like seeing the CEO take on the misinformation and hit and run articles that come up.

It does make me wonder though how many people agree. Should Thorsten be addressing these articles directly? I'm sure you all have some strong thoughts on it. So please, sound off in the comments how you all feel about.