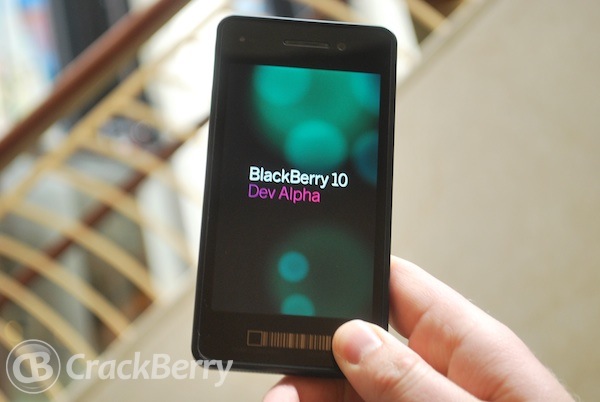 *UPDATE* - We reached out to RIM to get clarification on the BlackBerry 10 launching in January comment and here is what we got back - "We obviously want it to launch as soon as possible and that’s the point Thorsten was making, but as we’ve stated before, the goal is Q1 calendar 2013 and that remains our goal. "

This afternoon I had a chance to read through the entire interview that our friend Al Sacco from CIO.com did with RIM CEO Thorsten Heins. It's a great read, and in my opinion it is one of Thorsten's best interviews yet. It's a long interview, but definitely worth your time.

I really wish RIM would have done as good a job communicating on the Q1 conference call so that they wouldn't need to redeem themselves like this now. But it is what it is.

RIM really needs to keep hammering its message home. Because it seems that no matter what they say there is a steady flow of misinformation about the company. Just today, I was watching BNN (Canada's business TV channel) and two guests were discussing RIM. They are both professionals who should be more careful than to spew garbage. Yet one of the guests said RIM is now burning cash. He said it as if it's a fact, which is completely wrong.

So, I went through Al Sacco's interview with Thorsten and here are the bits that I thought were most interesting.

BlackBerry 10 comes in January. Remember how I commented on Thorsten's CBC radio interview a few days ago? In that interview Thorsten said the BB10 delay was only two months. And now, today, in the CIO.com interview he's saying the release is scheduled for January. His exact quote was, "In January with the full touch device and the QWERTY coming, I think we will reinstall faith in RIM."

A QWERTY device comes very soon after an all-touch device. Thorsten commented a few times that there will be only a short wait between the first and second BB10 devices. And it sounds like both are currently scheduled for January, which is great.

Thorsten has experience with turnarounds. This is something I didn't realize. RIM's CEO was at Siemens running the optical transport division at a time when it was losing money. According to Thorsten, "It was an aged portfolio, outdated, under heavy attack from Chinese competitors, and we turned it around. One and a half, two years later, it turned profitable, and then it became the most profitable division of Siemens actually."

RIM says carriers will support BB10 to avoid the iOS / Android duopoly. This is the most relevant quote from Thorsten: And also, the carriers are supporting us, Al, because they see a duopoly. iPhone and iOS are proprietary and basically closed to them. And they see Android now as actually kind of monopolized by Samsung". This is a strong statement, and it's certainly true that Samsung is dominating Android these days.

Why would carriers want to be controlled by Apple and Samsung? Bring on the choice. Bring on BB10.