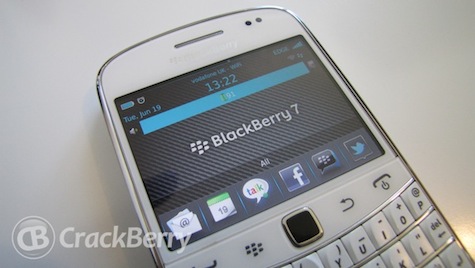 All plans for BlackBerry Theme Studio 7 have been cancelled due to the fact that feedback from beta testers was not good and it was clear that the quality of the tooling would not be acceptable. In addition to that, confirmation was also handed out for those looking to theme BlackBerry 10:

As RIM notes accurately, there are a lot of talented and creative folks out there building great looking themes who could be better served by building great user interfaces and beautiful apps. While that suggestion is entirely valid, I'm sure there are a lot of theme developers who'll still be upset at this decision, even if they never expected RIM to deliver BlackBerry Theme Studio 7.