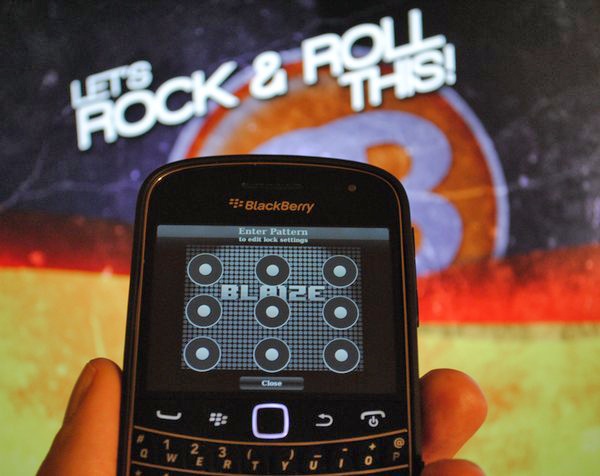 When it comes to patents, many companies often attempt to patent some strange things that will never see the light of day. But often times, those elborate patents cover some basic things that do manage to be put into use and such is the case with one of RIM recently awarded patents. In 2006, RIM applied for patent #8,125,312:

System and method for locking and unlocking access to an electronic device:

A few days ago, they were awarded that patent. Meaning, they can go ahead and make use of it any time they want and start putting it to work on any of their devices they do so wish. Seems RIM hasn't wasted any time though, as new information suggests they are already actively testing this out on BlackBerry 7.1 devices internally and presumably, upcoming BlackBerry 10 devices as well. Maybe something to look for in the next set of leaked BlackBerry 7.1 builds?

PS: Since some seem to think the image is what RIM will be offering, it is not -- it's an app.