For the first time, a BlackBerry device provides 802.11 a/b/g Wi-Fi compatibility along with all the common security protocols (WEPm WPA, WPA as well IPSec for secure VPN access). Even better, the 8820 also supports UMA. With UMA, the BlackBerry 8820 can seamlessly switch voice calls between a wireless carrier’s cellular network and a Wi-Fi network. Seeing the deep involvement of T-Mobile with WiFi, it would not be surprising to see the 8820 also available on their network soon. For regular voice calls, the BlackBerry 8820 is a quad-band GSM/GPRS and EDGE smartphone. But where is 3G? The device comes with GPS just like the 8800. Finally, there is a microSD / microSDHC Expansion Memory that can support up to 32GB.

Here is the full list of goodies while you are waiting to get it: 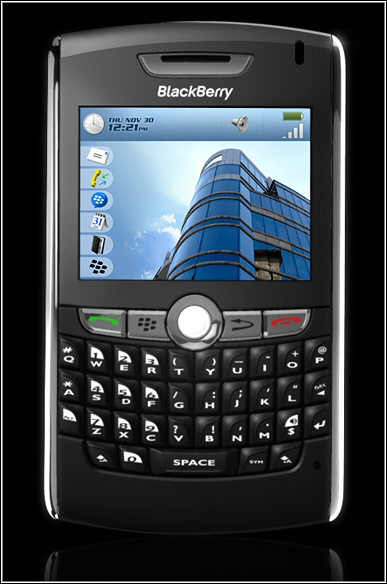 ## This Article Was Originally Published on AllBlackBerry.com