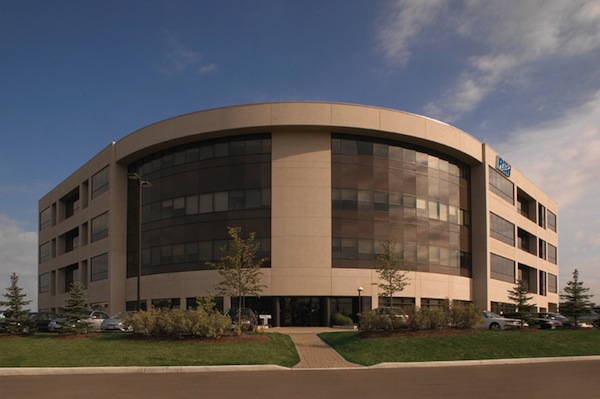 Last night RIM posted its Q4 results and held its customary conference call. It was our first time experiencing a quarterly call without Jim Balsillie. The new CEO, Thorsten Heins, did a great job highlighting RIM’s challenges and plans on the call. Unlike any past conference calls, Heins’ commentary was 100% intelligible, honest, and raw.

Make no mistake, the call was a disaster from a business perspective. RIM is on very shaky ground. But this is the first time we’ve heard the company’s CEO accept just how bad things have become, while speaking intelligently about how to make a comeback.

Let’s go over the numbers:

Revenue was $4.2 billion. This is significantly lower than guidance of $4.6 to $4.9 billion. It’s also a 19% decline from last quarter. The planned marketing push for BlackBerry 7 is clearly not working very well in the important US market.

Device shipments were 11.1 million, at the low end of RIM’s 11-12 million unit shipment guidance. But, devices were sold at lower than expected ASP (average selling price) because of weakness in the US market, offset by decent performance in emerging markets. In other words, low-priced Curves are selling better than anything else right now.

Gross margin was actually pretty strong at 39.8%. Guidance was 38%. However, the strength was due to RIM bringing in a higher percent of revenue from services than expected. NOC fees have great margins. Hardware doesn’t.

Earnings came in at $0.80 per share, right at the bottom of the company’s $0.80 to $0.90 guidance. I suppose this is why they didn’t put out an earnings warning. Technically, on the bottom line, they met guidance. But I still think they should have come out with a pre-conference call press release letting us know they blew it on revenue.

RIM doesn’t feel they can forecast hardware sales or revenue with any accuracy right now. I can’t say I blame them. BB7 sales are slow and getting slower. RIM doesn’t have much of a story to talk about until they get BB10 out the door.

They’ve stopped providing quantitative guidance. Instead, they provided us with only qualitative statements about the next few quarters. They expect hardware shipments to drop, they expect service revenue to drop, and obviously earnings will drop.

I’m even willing to say RIM may get itself into a position where it is not making money within the next two quarters. Things really could get THAT bad before they get better.

The Brutal Honesty of Thorsten Heins

Thorsten Heins told us that he feels different about RIM after 10 weeks as CEO. When he was first appointed to the job, he didn’t have a CEO’s perspective on the company yet. But after 10 weeks, he feels RIM was trying to do too much.

I was thrilled that he pointed this out. He specifically pointed to things like media consumption applications. Does RIM really need to have its own music store or video store? No! They need to partner with someone who already has a great store. Amazon, for example.

He also straight-up admitted that many consumers couldn’t care less about push services or security.

Heins told us that RIM is getting creamed by iOS and Android in the US market. No RIM executive would ever have admitted this on a conference call in the past.

He said that professionals love the Bold 9900 for its QWERTY keyboard, but that the all-touch segment is growing way faster. He admitted that RIM’s all-touch devices are not doing well. This led to a big inventory write off.

He also told us that, despite selling tens of millions of BlackBerry Curve smartphones, competitors have gotten wise to RIM’s success in this entry level segment. They’re now competing on price. This is making it hard for RIM to compete.

To retaliate, RIM will release new entry level BB7 hardware in the coming weeks. I guess we’ll hear more about this at BlackBerry World in Orlando? Heins told investors to expect RIM’s financial results to get worse throughout this fiscal year.

Was there any good news?

Truthfully - not much. But there were a few positives worth mentioning. Keep in mind that when I say “positive”, I mean in relative terms. Relative to the brutal outlook they provided.

First up - their subscriber base actually grew by about 2 million. They now have a user base of over 77 million users. They’re still shrinking in the USA, but it looks like international markets are doing well. Unfortunately, they don’t make nearly as much money off of international (emerging market) subscribers.

Second - significant changes are happening within senior management. Thorsten hasn’t been shy about putting his own management team in place. David Yach is out as CTO of software. Jim Rowen is out as COO of Global Manufacturing and Supply Chain. Thorsten plans to hire a singular COO to replace Rowen’s role, combined with the role that he held previous to becoming CEO. Dan Dodge from QNX is now officially the company’s chief software architect. This is welcome news, in my mind. I don’t think anyone will question whether Thorsten is REALLY in charge anymore.

Third - they are being vocal about the need to partner. There is no way RIM can pull together all of the features that consumers want. RIM is committed to dropping its own investment in things like media consumption apps so they can partner with others to provide those features.

RIM wants to appeal to consumers by engineering a great OS, great hardware, and then bringing in apps and features via partners as much as possible. Then, from a corporate perspective, they’ll concentrate on deepening IT deployments with Mobile Fusion.

Even though Jim Balsillie has now officially retired, resigning from the board of directors, a word he coined stays with RIM. That gramatically-redundant word is “on-boarding”.

I think this strategy is important for RIM’s success. Especially in emerging markets. Why? Because RIM’s network infrastructure and architecture is ideally positioned to sell low-cost data plans to people.

RIM works with carriers to create entry level plans. For example, you pay a few bucks to get email, BBM, Facebook and Twitter. But no web browsing. You wanna browse? Upgrade your plan right through the browser.

According to Heins, part of the defensive strategy (until BB10 is released), is to on-board as many new smartphone subscribers as possible. To make this happen, RIM is crafting new, aggressive, service plan pricing. They expect service revenue will take a hit because of this strategy. But I think it needs to happen. It’s life or death here.

Return to the high end later in the year

I didn’t hear the company talk at all about releasing new BlackBerry 7 hardware other than low-cost curves (to compete with cheap Androids). This means that RIM won’t be going after any new high end customers until it’s ready to pull out the big guns ... BlackBerry 10.

RIM gave the bears more ammunition to punish the stock. It’s trading below tangible book value and there’s no conceivable reason to expect that to change anytime soon. If anything, fears about RIM’s survival are becoming much more real.

I don’t mean to sound too harsh, but it’s obvious that a timely launch of BlackBerry 10 is RIM’s last chance. It’s a pretty GOOD chance, but if they screw it up we’re talking about break up value, take-out pricing and other less-than-ideal scenarios for investors.

CrackBerry Nation has seen the fruit that’s coming. Playbook 2.0 is pretty solid. I can come up with a laundry list of things I’d like to see RIM do, but the OS and core apps are there. I still think they can compete. But they have very little time to spare. That’s why I’m happy to hear Thorsten giving up on the “let’s do it all ourselves” plan.

I’ve always felt that RIM should intelligently partner with others. They became a consumer electronics company by accident. It’s not in their DNA. They need help. Thorsten gets it.

For shareholders, it’s another couple of quarters of pain at the very least.

By then we’ll see what BB10 has in store. However, even with the bad numbers RIM posted last night, the stock is only down 2% in after hours trading. So for those of us (including me) holding the stock, it probably doesn’t make much sense to sell here.