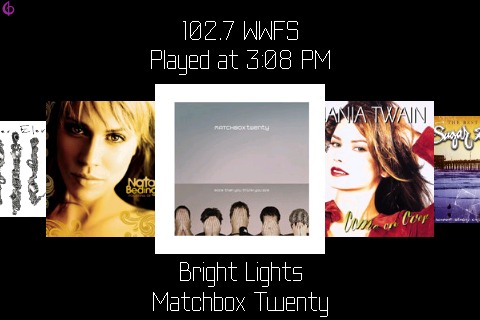 Are you ready to rock?! I said...ARE YOU READY TO ROCK?!?! Ladies and gentlemen, you’ve seen it all over the internet, you saw it at the BlackBerry Developer Conference (and win the BlackBerry Cool 15), you’ve probably even seen it on a fellow abuser’s BlackBerry. Now put your hands together and welcome to the stage…Nobex Radio Companion!

Music is my life. That being said, this also means that, like my life, music never rests. There’s always something different, good or bad, right around the corner. Like it or not, I have to admit my BlackBerry hasn’t always been up-to-date, music wise. Sure, I use it as an MP3 player, but if I hear a song on the radio that I like, I have to wait until I go home, search and download it. Raise your hands if you’ve recorded something you like as a voice note for reference.

Nobex Radio Companion offers, both radio streaming and song detail retrieval. The best part is that, for a limited time, radio streaming is being offered free!! Read on because, after the jump, we’re gonna rock this joint!

Nobex is powered by Mediaguide, “a provider of airplay data drawn from terrestrial and internet radio, as well as major peer-to-peer networks.” Set up of Nobex is a breeze! An email address, to which requested information will be sent to, is required at the beginning. I’ll elaborate on this later on. Nobex will automatically display your selected message service email settings as a possible email account (in my case it will display my Gmail account).

Nobex Radio Companion can access the playlist of 2700 radio stations found in the United States. I’m hoping that they will expand their horizons and hit some stations in the Great White North. Nobex grants access to over 100 stations you can stream right from your BlackBerry, though they suggest you do so if you have WiFi or an unlimited data package. With my 8310, I have neither, so I can’t wait to see my wireless bill…

Browse through songs you love

After selecting a radio station, a playlist will appear. This playlist will show the song currently playing and the 9 previous entries. This roughly covers a half hour of music. Depending on the stations schedule, these entries may include commercials. Each entry will show the Song Title, Artist and the time it was played. If the album cover art is available, it will display, as well as a thumbnail. The trackball smoothly navigates back and forth between entries. If you are looking at a station in another time zone, their time will be displayed. So, stations in New York will display times three hours ahead of me in the Greater Vancouver area.

Find a song that you like? Good, now go get it! Using the Get It! feature, you can select a song you want to buy. Remember that email address you entered earlier? Well, Nobex sends you an email with details about the song, including direct links to purchase the song or album from Amazon or iTunes. Unfortunately, direct purchase from the Berry isn’t available yet.

Details and Links for your Convenience

It’s the newest feature of Nobex to date. You can now stream playable stations directly from your BlackBerry. From the menu, hit Play. If you don’t have WiFi, a pop up displays, warning you of the potentially gargantuan bill you may receive if you continue. Because of this, I only used this feature for a short period of time. Between an actual radio and my Berry, I experienced a 30 second or so delay while streaming. Some research revealed for this to be the norm of Nobex. Once I upgrade my Berry, I’m going to love WiFi even more.

Initially, you start off with two stations. The menu gives you 2 different ways to add more stations;

Using this method, you can use various cities listed to browse through the radio stations. The stations are listed by frequency, call letters and any quotes from the station such as “Buffalo’s FM Talk” or “In tune with your mind”. If the station is playable from your Berry, the station will be marked by the Nobex logo. Selecting a station will add it to your station list.

I prefer this method, since I don’t really know my American radio stations. Here, you can browse by genre, from Adult Contemporary to Non-music to Rock. I selected a genre, rock in this case. A list appeared in the following screen. As with the previous search method, the stations are listed by frequency and call letters. They’ve also added all of the cities associated with each station. Once again, playable stations are marked with a Nobex logo.

Choose how to search

Browsing by genre is easier than browsing by city

Station can be deleted at any time, keeping your selections fresh. If I can pry your eyes away from your Berry..Hey! Over here! Plop yourself in front of your computer and check out Nobex’s Activity Page.  Here, you can see a map of radio stations listened to in the past hour. Look at all the cute little Nobex icons. Click on one and see what stations are in the area. Nobex’s site states that they cover a few other countries besides the US, but their map says otherwise. A pop up window will also show the latest song requested by Nobex users, like you!

Stations from around the Country

Time for a Commercial

If I had WiFi or unlimited data, I would be a regular user of Nobex Radio Companion. Despite the inability to access stations outside the US, you still have quite an eclectic list to choose from. The navigation menu is easy to use and is automatically updated. Until the day when we can directly purchase and download music from our Berry, at least we can still receive download links via email. In the future, streaming will be available for a monthly subscription, but the Get It! feature will remain free. Check out Nobex Radio Companion at the CrackBerry Store and get it at no cost to you. How does that price sound Ivan? This is Ryan Blundell signing off!

For more information, check out Nobex Radio Companion at ShopCrackBerry.com!
NEVER GONNA GIVE YOU UP NEVER GONNA LET YOU DOWN