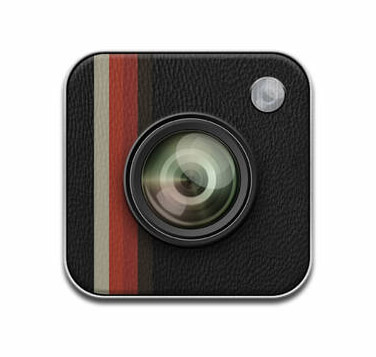 These days, taking images isn’t enough anymore, you want to add some style to them. Before there were BlackBerry applications that could handle those requests, I would upload the images to my computer and use Photoshop to make changes. LensBoost has quickly become an incredibly popular image filtering application amongst BlackBerry 7 users. The application won 2nd place at the DevCon WebWorks Hackathon. In fact, I’ve occasionally read, or overheard someone calling it the BlackBerry Instagram. While those sentiments are complimentary, LensBoost is its own entity. Originally, I was going to include it in my latest head to head to head review of image editing applications, but decided against it until it was out of beta. I did decide, however, to stick to LensBoost for my image filtering needs. Why? Because it applies filters quickly, cleanly and most importantly, beautifully! Once you’re done, the application lets you share your creations with friends on Facebook, BBM and Twitter.

LensBoost was developed by mblware Inc, partly at the BlackBerry Hackathon in San Francisco. Mblware is also responsible for the WiFi media play (and server) Hypoxia and the file/photo encrypting mblVault; check out all their apps in BlackBerry App World here. As I mentioned before, LensBoost is only available for BlackBerry 7 devices. Its current version is 1.0.1.31 and has a file size of 1.5MB.

As soon as you open up the application, LensBoost wants to get to work right away. You can either take a photo, or browse through existing ones. When taking a photo, you‘ll have to press the back button a couple of times before returning to LensBoost. From there, image editing is dead simple. All of your editing options are at the bottom of the screen; Frames, Filters and Share.

LensBoost gives you 6 frames to use, though I tend to not use them. Filters gives you much more options to browse through, 12 to be exact- ranging from greyscale to vintage. My favourite is the tiltshift option, which adds depth to your images. This filter, unlike the others, isn’t a one step process. With tiltshift, you can choose the focal point, intensity and if you want to use the circular or linear version. With Keian’s visit with Santa, I mixed a few filters together to get a great image. What do you think?

If you’re happy with your filtered photo, LensBoost invites you to share through BBM (sharing the photo or change your avatar), Twitter (with comments) or even Facebook. Pretty simple, hunh? You can also save the image without overwriting the original; the image can be found in the LensBoost folder on your media card.

LensBoost is awesome! Its no-nonsense approach to editing images is a warm welcome. It shouldn’t be a cumbersome process and, unlike other applications, LensBoost makes it so easy. Also unlike other applications, you’re not forced to crop the image before filtering; you can work with the entire image! It’s fairly quick at rendering too; frames render within 3 seconds, while filters on average render within 4 seconds. It really brings your images to life. You can pick up LensBoost for $1.99 from BlackBerry App World.