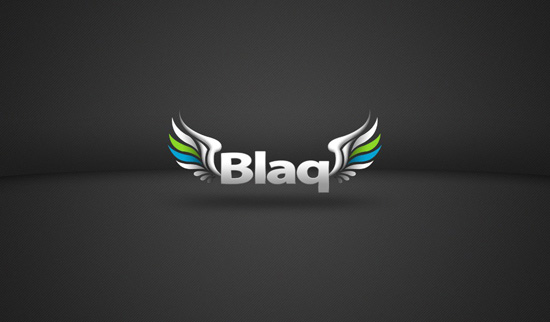 When the review for the BlackBird Twitter app for the BlackBerry PlayBook went up, someone made a comment that they wanted to see a Blaq review. Up until that point, I had only seen Blaq on BlackBerry smartphones, and thought it was a decent Twitter application. To be honest, I was already bouncing back and forth between Twitter for BlackBerry and another Twitter client and didn’t feel the need to pick up a third. Had I actually done so, I think that Blaq would have been installed on my BlackBerry PlayBook the moment the app was made available. As I had mentioned in the BlackBird review, accessing Twitter from the PlayBook was (at the time) limited to a basic mobile view – making it painful to use. Even with a new beefed up mobile site, I’ve quickly taken to Blaq to help me keep connected to Twitter. Kisai labs has recently updated Blaq with a slew of new features and fixes, making in (in my opinion) the most functional (and sexy) PlayBook Twitter client yet.

With Notifications, paused timelines and multiple account access, Blaq may have you saying “Holy Tweet!” As lame as that just sounded, let’s hope you keep reading.

Blaq for the BlackBerry PlayBook was developed by Kisai labs, the same grey matter behind the image downloading ‘Show Me the Images’ and the games ‘Photo Quest’ and ‘Mancala’. Like I mentioned earlier, Blaq was recently updated to version 1.5 and has a file size of 2.2 MB.

Blaq for PlayBook expands upon the design of the Blaq app for BlackBerry smartphones. Seeing the menu on a screen this size really shows off the beautiful layout. On the left side, you will see your timeline, mentions and direct messages that can be viewed quite fluidly. No lagging could be seen when scrolling up and down through the Tweet. Just as you would see with Twitter, each entry shows the users avatar, name and when the tweet was posted. Now with Blaq, you can actually see new Tweet getting added to the timeline, with the time showing “moments ago”. Blaq also has a small “Real Time” icon near the bottom right corner of the screen, which has a square that glows green when connected.

On the right side of the screen, you can see your Profile picture and an entry field with which you can tweet away. Added features to this include a convenient “Add photo button”, a character countdown and a quick look at your last tweet. When selecting Add Photo, you can either take a picture or select one from your files. If you want to mention someone in a tweet, all you have to do is type @ to see a popup containing all of your friends. Down the right hand side of the menu are your various views that let you manage your mentions, direct messages, lists and search options (view trends or search through tweets/people). Now you don’t have to stare at Blaq constantly in order to keep on the latest. You can set up native notifications to appear, reminding you to head back to the app. You can set this up to notify you of every single tweet or alert you to new mentions, direct messages or even followers.

Tapping on a tweet generates a popup on the right side of the screen. Now this popup contains a lot of detail; at the top will be the tweet as it appears in the timeline. Below this are five icons/options to choose from; mention/reply, retweet, mark as favourite, direct message and copy/translate tweet. Underneath the icons, you can find the profile of the user; complete with bio, followers and links. What’s cool is you can tap on some of these to see more detail – you can actually see who is following them.

You can also see a larger size profile picture by tapping on it. The same can be seen if the tweet contains an image. This is the part that I love; if a tweet contains a link, you have two different ways to view it. First, you can tap on the tweet itself and view the web page as a mini browser window in the previously mentioned popup. The page is fully functional; you can click on links, videos- you name it. I was able to check out BlackBerry FanBoy Video Contest finalist videos from within Blaq. The second way is to click on the link itself, not the tweet. This will redirect you to the native browser. I preferred to use the mini browser, as I can still check out tweets as I go. Oh speaking of which, when you generate a Tweet popup window, your timeline is paused so you don’t miss anything.

The hidden menu above contains the settings. It’s here that you can manage options like notifications, accounts and font type/size.

Blaq is more than impressive; it’s an absolute necessity if you want to access Twitter on your BlackBerry PlayBook. It has the largest set of features I have seen in an app in a long time. From the mini browser to notifications, this app has it covered. Rather than relying on providing information using multiple windows/applications, everything is practically contained in a beautiful package. If you want to give Blaq a spin, you can grab it for $1.99 from BlackBerry App World.