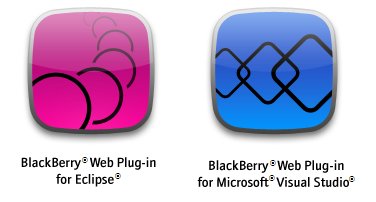 While at the BlackBerry developers conference I had some time with Tim Neil at a "Talking With The Experts" session. While my questions were simple, I was able to walk away with a greater understanding of how widgets function, the tools used to make them and what we as BlackBerry users should expect from them. Todays developer announcement from Tim, brings us all one step closer to getting some live widgets on our devices.

We are excited to announce that the BlackBerry® Web Plug-in version 2.0 Beta1 editions of our web tooling for Eclipse® and Microsoft® Visual Studio® are now available for download.  You will also notice that with this release there have been some naming changes for these two tools which show their common purpose.  Beta1 of the 2.0 version continues support for debugging and profiling web sites using the BlackBerry® Browser.  New to this release is the capability to also perform these web site debugging tasks on the BlackBerry® Device Software version 5.0.

The BIG news for this release is the new support for building BlackBerry® Widget projects.  These tools will allow you to create BlackBerry Widgets in a much more automated manner compared to calling the BlackBerry Widget SDK via the command line. We have also added a getting started page that will appear when you start using the tooling that will connect you with the right online resources, forums and content to speed your widget development.

With more tools now available to BlackBerry developers, I'm pretty stoked to see what type of widgets the community will come up with. I have already seen a few. Everything from a Google reader widget to a full blown Twitter application. All of which developers stated they were needing more tools to finalize their projects. Hopefully, this will get them there.