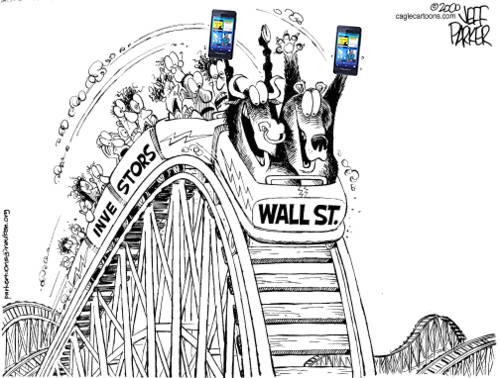 Tonight we got to see another quarter of BlackBerry financial performance and hear the management team talk about progress towards the launch of BlackBerry 10. In short, the results were close to analyst expectations, management is executing well on its cost cutting plan, cash performance is excellent, but the market was given some spooky signals about the future of service revenue, which sent the stock tumbling in after hours trading.

First, let's take a quick look at the results from fiscal Q3. RIM generated $2.7 billion in sales, just a bit higher than the consensus estimate of $2.66 billion. They shipped 6.9 million BlackBerry devices, just shy of the 7.2 million that analysts expected. The company lost $0.22 per share (adjusted for restructuring and a huge one-time tax gain), versus analyst expectations for a loss of $0.35.

The global subscriber count dropped by about one million to 79 million. Analysts expected a drop of about 0.4 million. To be fair, we really don't know if RIM lost more or less than a million subscribers because they only round to the nearest million when they report. But I think it's safe to say that the BlackBerry subscriber base has proven to be pretty stable during a huge transitionary period for the company.

The big financial news, though, was the company's cash generation. They actually brought in another $600 million in cash during the quarter, putting the cash balance at $2.9 billion. They started the year at $2.1 billion and funded their "CORE" restructuring program, aimed at saving $1 billion in annual costs. Even after funding this program, they still managed to bring in plenty of cash.

I know a few readers are wondering how RIM can lose money, but still generate cash. It's a very simple answer in the form of two words: Working capital. The biggest component here, for RIM to move, is inventory. If you sell inventory that you already paid to build, you generate cash despite actually losing money by accounting standards (RIM's hardware business is not profitable right now).

RIM acknowledged that the cash they brought in this quarter will be re-invested in the BlackBerry 10 launch. Still, analysts were not expecting this solid cash performance, and it means the company has much more of a cash cushion on which to advertise and build inventory for the big BB10 launch.

In fact, during the first 90 minutes of after-market trading, RIM was actually trading about 10% higher than its closing price of $14.12. But towards the middle of the conference call, RIM dropped a bit of a bomb on investors sending the stock tumbling such that, as I write this, it's actually down 11% to $12.53. Holy volatility Batman! Ah - it's par for the course with RIM.

So what's got the market spooked? Oh nothing more than the fate of $1 billion in quarterly service revenues. This is something I've written about plenty of times in the past, but I'm still seeing lots of questions for a deeper explanation. Let me give you exactly that.

BES subscribers earned RIM a healthy fee, initially as high as $10 per month, but more likely in the $6-7 range today. BIS data plans came along later, along with huge geographic expansion by RIM, and those subscribers generated the company fees of about $4-6 per month initially, which has now dropped substantially (mainly due to developing market growth). I'd estimate it now sits at $2-4 per month in most markets.

If I had to guess I would say BIS subscribers make up about 80% of RIM's total subscriber base. BES subscribers are the remaining 20%. And this is where the risk lies. RIM generates about $1 billion in quarterly revenue from service fees, which is now starting to drop.

On tonight's conference call, Thorsten Heins said something that we've never heard from RIM before. He acknowledged that, going forward, there would be a change in RIM's service fee structure. Some customers will still want the "full package", including security, mobile device management, and BES 10. They will generate the highest fees for RIM. But some customers won't need any extra services from RIM and will therefore generate no fees at all for Team BlackBerry.

That was the knockout punch for the night.

Sure, Thorsten said the service revenues "aren't going away". Technically he's right. As long as RIM has an enterprise base, or perhaps a professional consumer base that wants some kind of extra service from RIM, they'll generate some fees. But with (my estimate of) 80% of their subscribers being on BIS plans, and so many of those folks being in emerging markets, I think it tells us that the vast majority of RIM's current service revenues will disappear.

The only two questions are: 1) How long will it take; 2) What can RIM to do replace this lost revenue.

They'd like to monetize BlackBerry Messenger. But to be honest, when I listened to management's discussion of this concept, it sounded like a desired plan rather than a concrete strategy. I am not convinced they know how they'll monetize BBM yet. Maybe they'll do it behind the scenes with services like BBM Money. Maybe there are other ideas. All I'm saying is management didn't sound like they had a firm plan yet.

I don't think the service fees will disappear quickly either. In many markets BB10 will be slow to take off. It will be too expensive for the masses. This will potentially buy RIM some time to come up with a strategy to replace the revenue.

But it is a real worry. With nearly $1 billion in quarterly revenue, dropping almost entirely to the bottom line, every dollar lost is a dollar burned. If this revenue were to be cut in half, then at its current operating performance, RIM would run out of cash in about 5 quarters. Scary.

Of course I don't expect that to happen. They're rolling out BlackBerry 10 very soon, and people are already placing pre-orders. The average selling price (ASP) of these devices will be much higher than BlackBerry 7. RIM should be back to making money gain on hardware. This will excite investors, most likely. But it doesn't squash the bigger long term issue - how does RIM get through this service revenue crisis? I don't think I'm being harsh by calling it a crisis. I'm being realistic.

I'm still rooting for Waterloo and Team BlackBerry. I would love nothing more than to see a brilliant plan that sees RIM continue to generate healthy service fees and carry forward with a profitable hardware business.

Can they do it?