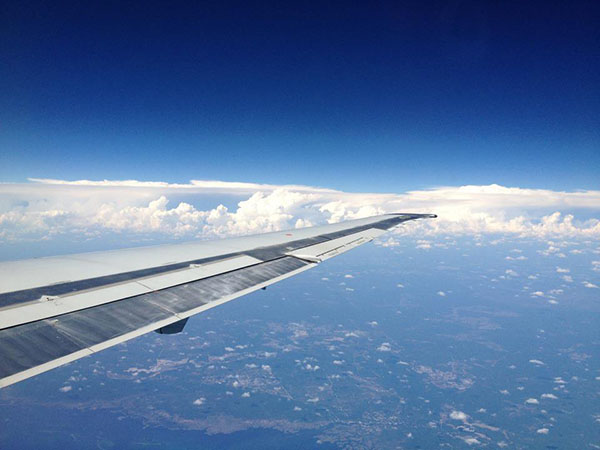 Despite the fact that NFC is still a growing technology, there has been quick adoption of it in various parts of the world and one company that has proven they'll be making use of it whenever and wherever possible is RIM. A new venture between Research In Motion, Orange and SITA in cooperation with the Toulouse-Blagnac airport in France will take 50 frequent flyers and have them partake in NFC trial testing throughout the airport. As noted in the press release:

"With NFC technology, the mobile phone simplifies the passenger’s journey through the airport, says Jean-Michel Vernhes, CEO of Toulouse-Blagnac airport. It now becomes a personalized tool displaying the right information at the right time. It also enables passengers to better manage their journey, so they can choose how they spend their time at the airport. For T-B airport, the approach is to give to flyers access to leading-edge technologies that enhance and facilitate their experience at the airport in providing new Premium services."

The trial testing of NFC in the Toulouse-Blagnac airport is just a starting point for further NFC usage within airports as a whole. The trial testing information will ultimately be put to use in an upcoming smartphone application planned for 2013-2014.

France - Toulouse-Blagnac airport has worked in collaboration with Research In Motion, Orange and SITA to reach new heights in innovative customer service. The airport is launching a Near Field Communication (NFC) trial that enables passengers to pass seamlessly through the airport using just their mobile phones. In a worldwide first for an airport, using a SIM card-based safety protocol, 50 frequent flyers will take part in a trial at Toulouse airport this summer, to test the new service on their BlackBerry® smartphones.

NFC technology allows easy access to a wide range of useful services. Using a wireless short-range connection a simple tap of the mobile device can validate a flight ticket, pay for goods or receive information about, for example, departure gates, flight changes and other relevant information.

Arriving at T-B airport, the passenger's mobile phone will now act as their security pass for a dedicated, priority path through the airport. Passengers on the trial will be able to access the P1 car park using their smartphone, which will hold details on the parking lot in the memory. Then, without delay, they will be granted access to Departures via the Premium Access Zone. Thereafter, they’ll be able to enjoy the comforts of the "La Croix du Sud" private lounge  without needing to present additional credentials. En route through the airport, passengers on the trial will receive real-time information related to their flight (schedule, departure hall, boarding gate, etc.).

Using NFC technology offers many advantages: it is extremely secure; it works even when the mobile is powered off; it does not require any specific application to be loaded on to it; it is not affected by reading problems due to a scratched or dirty screen surface. Passengers using NFC can now be handled more promptly and efficiently than with any of the current boarding processes available.

"With NFC technology, the mobile phone simplifies the passenger’s journey through the airport, says Jean-Michel Vernhes, CEO of Toulouse-Blagnac airport. It now becomes a personalized tool displaying the right information at the right time. It also enables passengers to better manage their journey, so they can choose how they spend their time at the airport. For T-B airport, the approach is to give to flyers access to leading-edge technologies that enhance and facilitate their experience at the airport in providing new Premium services."

Through this partnership with Research In Motion, Orange and SITA, Toulouse-Blagnac airport looks towards the future, implementing functionalities that will be displayed in the new smartphone application planned for 2013-2014.

« NFC technology opens up numerous exciting possibilities for BlackBerry smartphone users. We are actively working with partners around the world to advance the development of value-added, NFC-based services and we are very excited to be involved in this trial. This new technology is already available on several BlackBerry smartphones and we expect it to revolutionize the experience of passengers at the Toulouse-Blagnac airport. »

"We are happy that our collaboration with Toulouse-Blagnac airport enables us to deploy a pragmatic and secure offer, which will soon be available for Orange customers travelling through the airport.

In collaboration with Toulouse airport and an airline, our aim is to offer a complete service that includes the ticket. These contactless mobile services, which are based on the AFSCM and GSMA standards, will simplify peoples' lives in a number of ways. Orange is working with partners in sectors such as transport, entertainment, banks, shopkeepers and service operators to create an ecosystem that will allow these services to take-off on a large scale."

“SITA, the world's leading specialist in air transport communications and IT solutions, is actively working on the development of new technologies that have the potential to improve the passenger experience, like NFC. In 2011, SITA Lab demonstrated through a demonstration room, that NFC could dramatically improve the passenger experience by, for example, using NFC-enabled phones as a boarding pass to open security, airline lounge and boarding gates automatically, and could also increase the penetration of mobile phone usage for air travel. We are delighted that this technology is now becoming a reality with the world’s first trial at Toulouse-Blagnac”.

Toulouse-Blagnac airport is the fourth French regional platform, with 7 million passengers in 2011. The airport consists of four halls, with a total area of 100,000 m² on two floors. In 2012, the airport hosted the regional bases of Air France and easyJet. Program for Summer 2012, the Toulouse-Blagnac airport offers 42 international destinations and 17 domestic destinations regularly. 46 charter destinations are in the catalog. For summer 2012, 35 new routes were opened from Toulouse. Toulouse-Blagnac airport is a qualified Qualicert services for its four halls. The certification by the agency SGS, the world leader in this field, is evidence of a consistent quality of service for passengers, and people looking for a traveler.

France Telecom-Orange is one of the world’s leading telecommunications operators with 171,000 employees worldwide, including 105,000 employees in France, and sales of 10.9 billion euros in the first three months of 2012. Present in 33 countries, the Group had a customer base of 225 million customers at 31 March 2012, including 181 million customers under the Orange brand, the Group's single brand for internet, television and mobile services in the majority of countries where the company operates. At 31 March 2012, the Group had 166 million mobile customers and 15 million broadband internet (ADSL, fibre) customers worldwide. Orange is one of the main European operators for mobile and broadband internet services and, under the brand Orange Business Services, is one of the world leaders in providing telecommunication services to multinational companies.

With its industrial project, "conquests 2015", Orange is simultaneously addressing its employees, customers and shareholders, as well as the society in which the company operates, through a concrete set of action plans. These commitments are expressed through a new vision of human resources for employees; through the deployment of a network infrastructure upon which the Group will build its future growth; through the Group's ambition to offer a superior customer experience thanks in particular to improved quality of service; and through the acceleration of international development.

France Telecom (NYSE:FTE) is listed on Euronext Paris (compartment A) and on the New York Stock Exchange.

Orange and any other Orange product or service names included in this material are trade marks of Orange Brand Services Limited, Orange France or France Telecom.

The BlackBerry and RIM families of related marks, images and symbols are the exclusive properties and trademarks of Research In Motion Limited.  RIM, Research In Motion and BlackBerry are registered with the U.S. Patent and Trademark Office and may be pending or registered in other countries. All other brands, product names, company names, trademarks and service marks are the properties of their respective owners. RIM assumes no obligations or liability and makes no representation, warranty, endorsement or guarantee in relation to any aspect of any third party products or services.