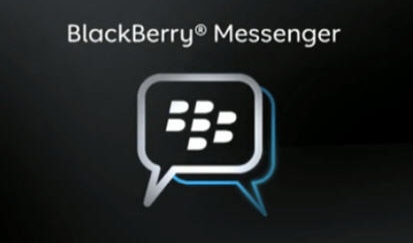 “The BlackBerry developer community has been eagerly awaiting the opportunity to integrate BlackBerry Messenger with their apps. BBM is a very popular service with over 28 million users and opening its real-time social connectivity to third party applications presents incredible opportunities,” said Alan Brenner, Senior Vice President,BlackBerry Platform at Research In Motion. “Access to BBM services from within apps will revolutionize gaming, enhance multimedia experiences, and add a new dimension to location based applications.”

Developers will be able to integrate various functions of the BBM service into their applications including chat capabilities, content sharing, and invitations. For example, users will be able to invite their BBM friends to join them in a game and then chat with one another while the game is being played.

Other BBM functionality accessible to developers through the BBM Social Platform includes:

Through the BBM Social Platform, RIM is providing the BlackBerry developer community with the opportunity to leverage the power of BBM in their own applications in order to help drive loyalty to their applications through social and community interactions, as well as increase discoverability of their applications through peer communications and referrals. Several BlackBerry® Alliance members are already testing the BBM Social Platform as part of an early access program.

“Kik is all about sharing, buying and experiencing music on a mobile platform, so integrating with BBM will deliver huge value to our users,” said Kik CEO Ted Livingston. “Kik users will be able to connect with friends and colleagues to discover and share music, the experience will be much more intimate through BBM.”

“With the new BBM Social Platform we will be able to build a ground breaking social eReading experience,” said Dan Liebu, Chief Technology Officer at Kobo. “We expect to increase engagement as Kobo users share their reading and shopping experiences in real-time.”

“The BBM Social Platform will allow us to bring innovative social features to our games that get friends playing together. Making social connections is a cornerstone to successful casual gaming, and with BBM integration, our fans will be able to easily connect with their friends to compete or cooperate,” said Nick Tremmaglia, Product Manager THK Live, Magmic Games

“Telmap’s search, mapping and navigation solutions have been a huge success in recent years and have proven to be extremely popular with BlackBerry smartphone users. We are proud to be one of the first application developers to integrate with BBM, as we strongly believe that the combination of a community together with Telmap’s expert location capabilities and BBM’s best-in-class messaging solution, will result in a winning offering,” said Motti Kushnir, Telmap CMO.

The BBM Social Platform is expected to be available in the spring of 2011.

Visit the BlackBerry Developer Zone at www.blackberry.com/developers for the latest news, information and updates for BlackBerry developers leading up to the conference and throughout the year.

Sign up for the BlackBerry Developer Newsletter at
http://na.blackberry.com/eng/developers/resources/newsletter.jsp