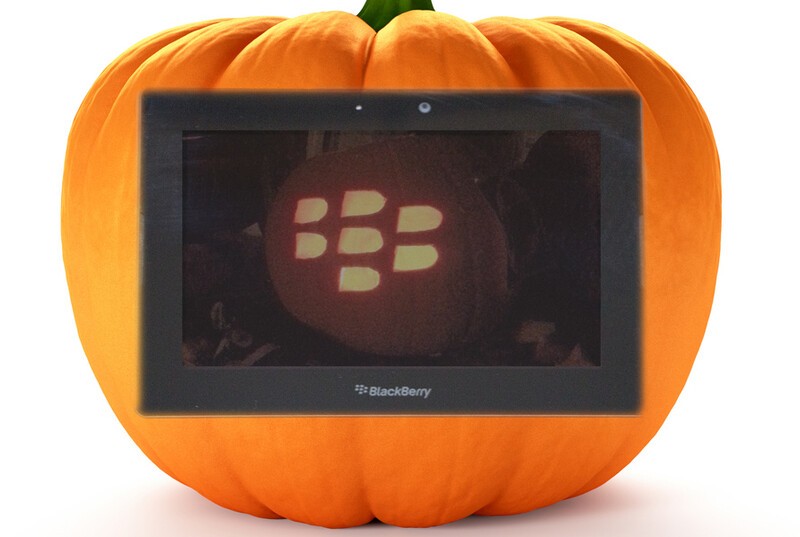 If you've got a spare BlackBerry PlayBook just lying around, Halloween is a great time to put it to good use. Last year I used mine to play a creepy video in my front window, but this year we're kicking things up a notch or ten.

I've never been a good pumpkin carver so my Jack O'Lanterns haven't always been the greatest, but thanks to my trusty PlayBook, this year I'm going to make some awesome tablicized pumpkins for the front porch.

You'll need a pretty big pumpkin to fit the PlayBook - one that's at least 9 or 10" across and 8 or 9" tall - this may be the hardest part of the project depending on where you live. Of course you'll need a PlayBook (preferably an old one) to get this done as well. Some basic knife skills will come in handy too.

If you're going to leave this setup for an extended period of time and want to power your PlayBook, follow these steps. If you're going in short spurts on battery power then skip this part.

Once you're done, use your jacked up pumpkin with one of the cool uses below or come up with one of your own!

Have other ideas? Let us know in the comments below!