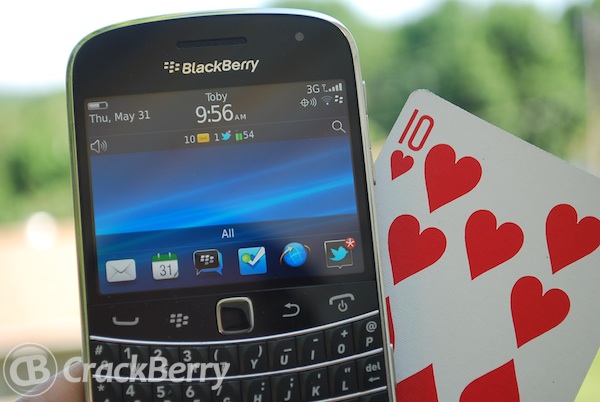 Don't think we forgot about the ongoing See BlackBerry 10 and Win contest we started up back in June. It may have gone to the back burner for a bit, but we're only 54 days from the big BlackBerry 10 launch event so now it's time to get things going again. The rules on this one are simple -- if you haven't already, swing by this thread in the forums and post up your best BlackBerry photos involving the number 10 (see some great examples on our original post). We're running the contest right up until the launch of BB10, and we'll be going through all the submissions and giving out some great prizes. We're not totally sure what they'll be yet, but as always you can rest assured they'll be awesome! Keep reading to see some of the submitted images then hit up the forums and get to posting!!