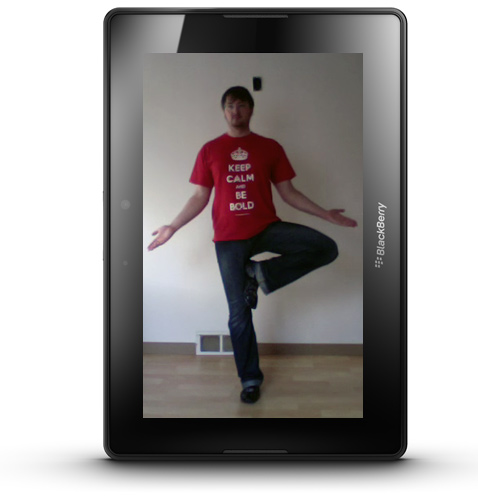 March 29th is here, which means when the stock market closes Research In Motion will announce their 4th quarter and year end results for fiscal 2012. Remember, RIM doesn't follow the calendar year (I know.. it seems weird that it's only March yet RIM is about to say hello to 2013).

If you've been following the business side of things surrounding BlackBerry, you'll want to tune into all of the CrackBerry coverage we have planned. We'll fire up the press release as soon as it hits, then at 5pm ET we'll get a live blog going up on CrackBerry here to sound off on what's being said on the conference call. You can listen live to the conference call on RIM's website. Our in-house stock guru and expert analyst Chris Umiastowski will be manning the live blog, and will be following up shortly after with his thought piece on what it all means. And Friday morning we're going to fire things up for a live CrackBerry Podcast, where we'll further follow up on all the earnings news and cover all the other news in the BlackBerry world (including the podcast version of my P'9981 review - written review coming soon).

My Perspective on Earnings: Look, I'll tell you right now that I don't expect the reactions to tonight's earnings to be all that stellar. Looking at all the metrics I have access to and following my gut, which has grown pretty wise over the years, it's pretty clear that no sales records have been set this past quarter. Given that RIMM shares are currently trading in the $13 range, the street's take on RIM is already pretty negative - they don't expect any stellar news either which is already reflected in the price. Will shares go up, down or stay the same following tonight's news? Honestly, I'm not sure. It'll depend on how the results line up with the expectations.

What I am sure about is that tonight's news really doesn't matter for the future of RIM as it will reflect the past, and we know the next quarter is still RIM pushing BlackBerry 7 Smartphones. The next quarter will be slightly painful for RIM. What really matters for RIM is the future beyond that, with RIM getting BlackBerry 10 phones to market. Until BlackBerry 10 hits, RIM really just has to ride it out through this period of pain, continuing to sell as many BlackBerry 7 Smartphones as they can. As long as they can keep that revenue engine firing, even if not on all cylinders, it'll buy them the time they need to get through the transition and usher in a new era of BlackBerry, and get things back on the path to growth. So whatever happens today CrackBerry Nation, stay optimistic.