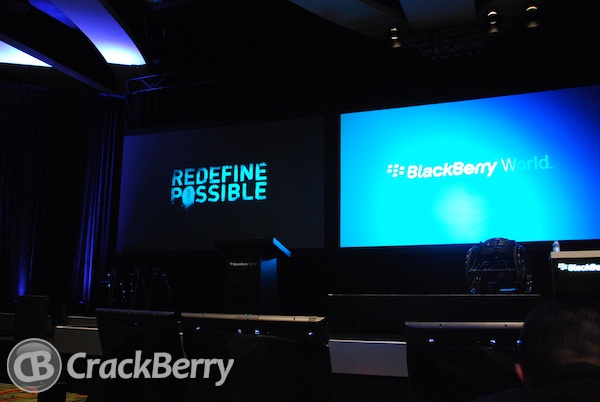 Ever since we got a chance to see Spencer West talk at BlackBerry World this year, I've told countless friends and family members about him and his incredible story. Spencer truly is an inspiration and even climbed to the top of Mount Kilimanjaro this past summer. A truly amazing story - and now a documentary about him entitled Redefine Possible: The Story of Spencer West will be showing at The Toronto International Film Festival this weekend. The 40 minute film looks at his life and all of the obstacles he has overcome to be where he is today. I for one can't wait to check it out. Keep reading for the full press release, and if you happen to catch the film, be sure to let us know!


TORONTO, ONTARIO--(Marketwire - September 14, 2012) - On Saturday, September 15, international charity and educational partner, Free The Children, in collaboration with BlackBerry® and Bell, is proud to present the exclusive screening and premier of Redefine Possible: The Story of Spencer West. The documentary tells the inspiring story of Spencer West, who, despite losing his legs at the age of five, climbed Mount Kilimanjaro this past June on his hands and in his wheelchair, all while raising more than a half a million dollars for Free The Children clean water projects in Kenya.

The 40-minute documentary tells the story of Spencer's epic journey, unraveling his road towards self discovery. Specifically, how he overcame obstacles such as bullying, and what it felt like to be told by doctors that he would never be a functioning member of society. It also shares Spencer's biggest life challenge to date; climbing the tallest mountain in Africa, Mt. Kilimanjaro, with his two best friends, which received international attention this summer in mainstream media across the globe.

This journey empowered Spencer to redefine his possible, capturing the strength of his body, mind and spirit, all while inspiring thousands upon thousands of people around the world. In the documentary, he describes what it was like to grow up being different, and the life changing moments that put him on the path that got him to where he is today.

"We're so proud to share the always inspiring and motivational story of Spencer West, who has impacted the lives of so many people," said Karen Barzilay, Executive Producer, Free The Children. "So often people take what they have for granted. It's important we all take a step back and recognize how truly fortunate we are, while admiring Spencer for his perseverance and persistence in breaking down barriers to become the man he is today."

Spencer West is an ambassador for Free The Children and a motivational speaker for Me to We. He reaches thousands of youth across North America, through speeches and at Free The Children's signature youth empowerment event We Day, motivating and inspiring youth to become active global citizens. Redefine Possible: The Story of Spencer West, was executive produced by Karen Barzilay. The supervising producer and editor was Matt Finlin.

Bell and BlackBerry® are proud sponsors of the 37th Toronto International Film Festival®.

The red carpet is open to Media to attend to interview Spencer West and other guests in attendance.