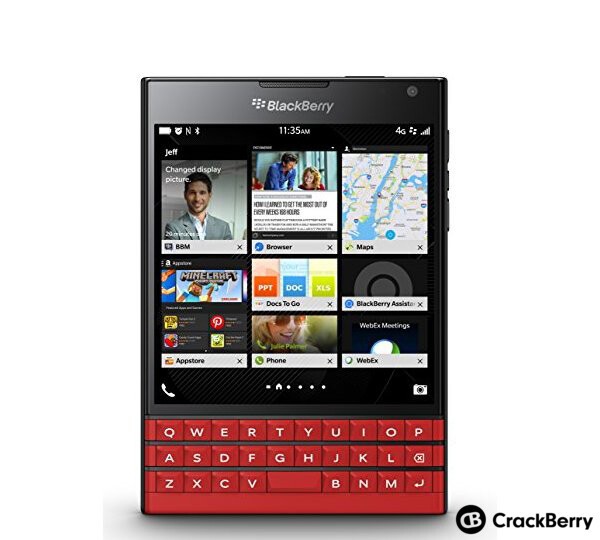 UPDATE - Despite this image being found on Amazon's servers, I've received word that it's not the final revision of the device and changes to it are expected. What changes exactly? I'm not sure. Even more red on the front/top being added, perhaps, as some people were hoping. Personally, I like the one above better but that's just me.

So, a few days ago Amazon slipped up and listed the red and white BlackBerry Passport with a scheduled release date of December 25th. Since then, the links to the listing have gone missing but at the time they were found, I decided to add a red one to my cart even though there was no image of the device available to even see what it looked like.

Looking into my Amazon account tonight, I noticed the device was still in my cart but this time around there was an 100x100 sized image of the device. Playing around with the image URLS a bit, I was able to pull the image above from Amazon's servers. Clearly, it's a media render of the actual device but it's the first real look at the red BlackBerry Passport and I'm kind of looking at my black one right now, wishing it was red.

What do you all think? Grabbing it when released or passing? I'm totally going to have one. Standard disclaimer applies though, this might not be the final hardware revision.