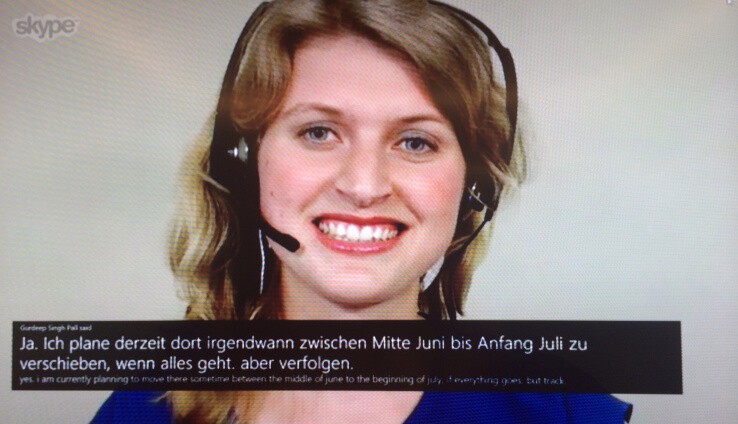 At the Code Conference in Rancho Palos Verdes, CA tonight, head of Microsoft's Skype and Lync Gurdeep Singh Pall showed off a peek at what he and his team have been working on — real-time speech translation for Skype calls.

The demo showed Pall's English being translated — both the speech and in captions — to German, as his German colleague's voice was translated to English. Microsoft CEO Satya Nadella said that the feature would be available (in beta) later this year. The company plans to have the feature on "as many devices and apps as possible."