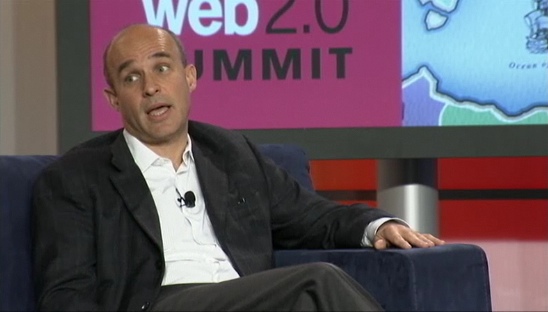 While appearing at the Web 2.0 summit today, RIM co-CEO Jim Balsillie was placed on the spot to answer questions surrounding Research In Motion, their upcoming products and finally their future. A lot of questions were asked near the end, one that stuck out was a reference to when Research In Motion was going to bring a better experience to their line up of BlackBerry smartphones. This is where things get interesting; Jim Balsillie then referred to the BlackBerry PlayBook and its tablet OS making the statement  "It's not the hardest thing in the world to repackage these things". When reading between the lines that could really be another way of saying that QNX will be the next operating system for BlackBerry smartphones.

While most of us upon seeing the PlayBook figured that was likely to happen, Kevin's been saying since WES that the future of BlackBerry smartphones phones lies in the QNX OS. With statements such as the one from Balsillie today being made, it only leads to reason that eventually we'll be seeing QNX arrive in a smaller than 7" packaged form and personally, that kind of thinking makes me excited for the next BlackBerry platform. In addition to all the "non talk" talk about future devices, Balsillie was also asked about any upcoming NFC integration for BlackBerry smartphones. His reply to that was simple, of course RIM will be looking at NFC integration. "We'd be fools not to have it in the near-term, and we are not fools".