Contest: Leave a comment to this post saying whether you want the "CrackBerry Thumbs" (pictured) or "Hardcore" version of this t-shirt and tell us why you're BlackBerry By Choice for your chance to win! 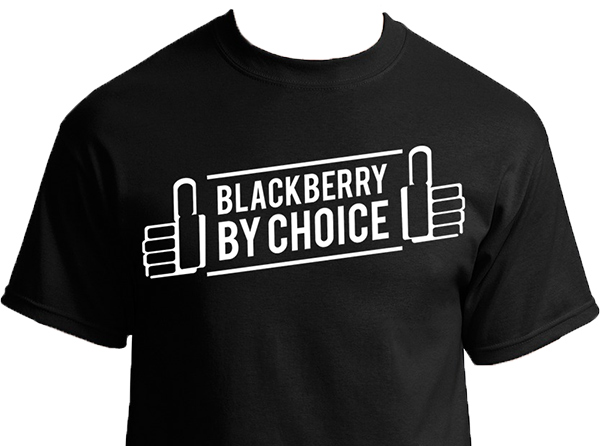 The new and improved BlackBerry By Choice T-Shirt is family friendly and plays to that historical characteristic of BlackBerry users... WE ARE TWO THUMB TYPERS! Now you can tell the world you're a two thumb typer and show your two thumbs up of support for BlackBerry at the same time with this sexy shirt. It will be available next week from our friends at RevBerry.com in a variety of colors and styles (and yes, you can still buy the hardcore version right now from them). And while we're waiting for the new ones to become available... we're going to give some BlackBerry By Choice shirts away for free!

BlackBerry By Choice T-Shirt Contest: Leave a comment to this post telling us TWO things: 1) Whether you want to win the family friendly CrackBerry Thumbs Up t-shirt (as seen above) or the more controversial hardcore version (see it here) and 2) Tell us why you're BlackBerry By Choice! Contest ends this Tuesday at Midnight PST. Good Luck!