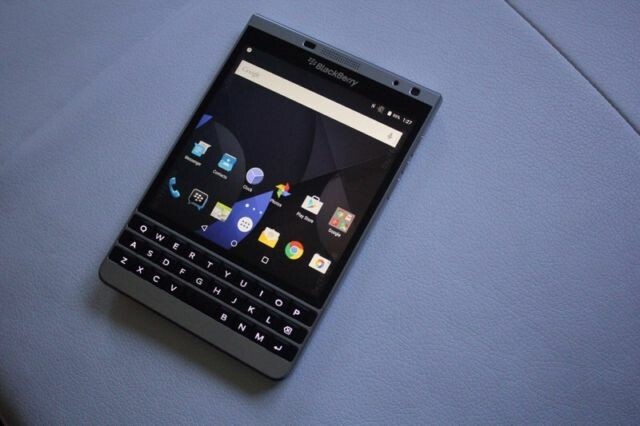 Remember before the Priv was announced there were multiple sightings of the BlackBerry Passport Silver Edition caught running Android? At the time, it was caught up in the codename confusion and was better known as Oslo, and well, we know now that it was in some ways, a test bed for BlackBerry's Android smartphones. Although they never went on sale for the masses, a new Kijiji listing might allow you to get your hands on one.

That's right, someone who claims the device was given to them by a BlackBerry employee is willing to part with one of the rare devices for the low cost of $260 CAD, though, the price might go up if there's an influx of people interested in it from seeing this post. There is, of course, some issues here that need to be stated. There is very little known about how the device operates plus; there is no information about whether or not the OS can be updated. If you set out to buy this, you're taking a $260 CAD risk, and that's without even mentioning the normal risks associated with purchasing things online.

Still, it's an epic piece of history if you're a BlackBerry fan looking to add to their collection. You can peep some more pics of the device in the gallery or discuss more in the CrackBerry Forums.

View the listing on Kijiji