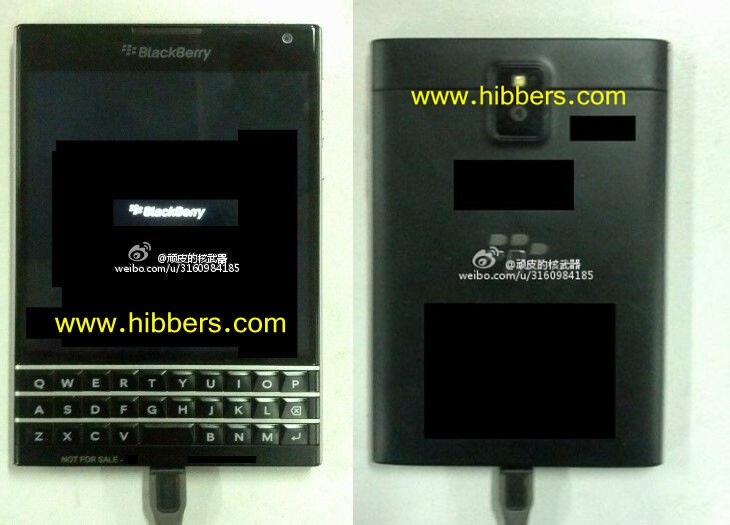 So ... we're not sure just what this little guy is or where it came from, but here it is. It's a funny looking BlackBerry 10-ish device with somewhat of a QWERTY keyboard (notice there are no numbers or symbols). It kind of looks like a super early BlackBerry Q5, but the word on the street is that it may actually be a developer device for an upcoming BlackBerry 10 phone — possibly the Windermere device we've heard about previously.

Aside from these two images there isn't much to go along with it however. We'll continue to do some more digging and see if we can come up with anything, but don't expect to see much come from this one. It's just a prototype / developer device that most people will never see, and we're not even sure where this one came from in the first place. Bottom line — don't worry about this becoming a production device for the public.

Feel free to weigh in with your thoughts — if we find out more we'll let you know!