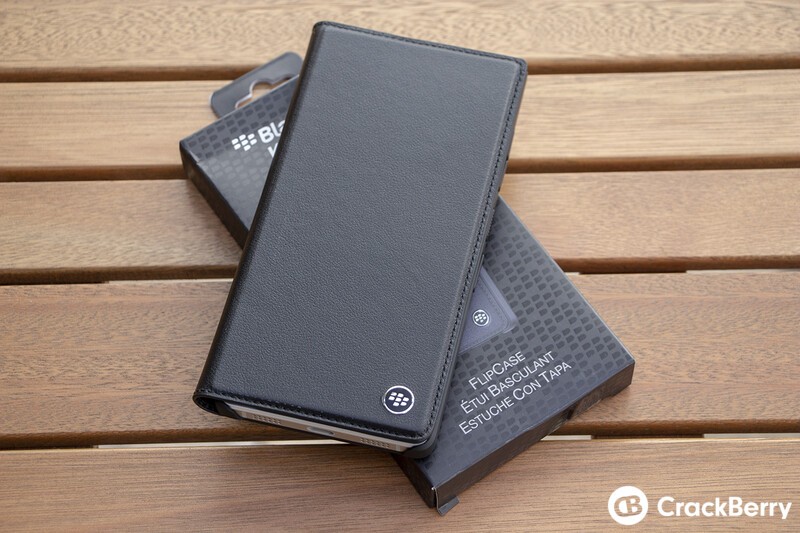 The BlackBerry KEY2 FlipCase is designed to give you full coverage. With the case closed, your device is safe from whatever life throws at it including drops and scratches thanks to how neatly and tightly your KEY2 fits inside the inner-shell, which surrounds everything for except for the speaker area at the bottom. While that's certainly a benefit, it does make getting your KEY2 in and out of the case somewhat tricky. If you change cases often, you might find that bothersome.

Once in the FlipCase, you still have access to all the necessary ports. Your headphone jack at the top is safe behind the inner shell with a cutout in place for it as well as your microphone, to ensure calls remain nice and clear and not muffled by the case itself. On the side, the buttons slide in place and remain easy to press. A nice touch is that the textured power button on the KEY2 is matched on the case, so you can still differentiate the button from others, even say in your pocket for example.

At the bottom, your speaker and USB-C ports remain open and accessible with the inner shell offering bumper protection on the sides while the textured leather of the flip case adds additional protection from drops. On the back, your camera is recessed into the case itself so with the case on, the KEY2 actually sits flatter on a table or desk more so than it would without the FlipCase, so the possibility of scratching up your camera lens is greatly reduced while using the FlipCase. That's a huge plus.

As it is a FlipCase, there's room to store ID cards, bank cards or even some cash. The specs for the FlipCase define it as a double card holder, and in my experience it can hold up to four cards and some cash before it becomes, shall we say, unbalanced on the inside. Any more than that and you might interfere with the sleep function that is built-in as the flip portion of the FlipCase won't be able to lay flat against your KEY2 and the sleep function is one of the benefits here as it helps save additional battery life, so you likely don't want to stop it from working.

Overall, the FlipCase offers great protection for your KEY2 and there's plenty of room to store most of your ID, bank, credit or business cards and some cash. Plus, with the BlackBerry logo 'button' on the front and BlackBerry logo on the back, you can keep the styles matched up if that's your thing. The BlackBerry KEY2 FlipCase is available now from Amazon and Blueshop with prices ranging from $60 to $70.