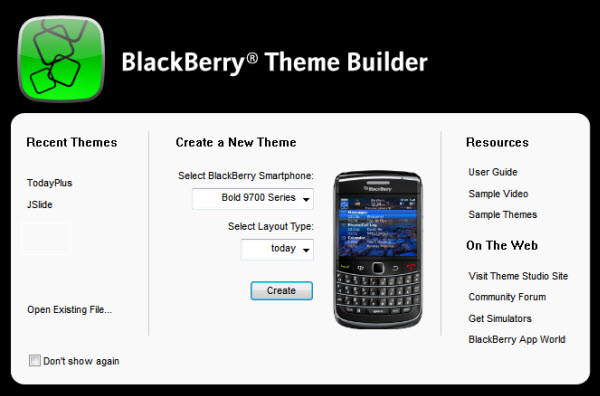 With the launch of the new BlackBerry Theme Builder 5.0 and all its new options implemented, it should come as no surprise that Research In Motion is putting a lot of attention on its release. We have been hearing for months now that Theme Builder (formerly known as Plazmic Content Developers Kit) was being brought "in house" in an effort to get it up to par where users thought it should be.

The 5.0 release has brought us that much closer and while it's still not perfect, I cannot really think of any software that is. Perfection in the software industry is a myth. But at least some of the major bugs have been addressed, such as the Storm theme bug. With the new efforts in regards to Theme Builder 5.0 now in full force the Inside BlackBerry Blogs have started up a series of posts to assist users with learning just how to use it to the full potential. While it's just the first of many I'm sure we will see, it's well worth a look as a lot of effort has been put into it. If you have any interest in making your own themes I highly suggest reading up on it - the Inside BlackBerry team did a great job on it.