Earlier this week a member posted a thread in the CrackBerry.com Forums entitled Does Verizon Hate BlackBerry? 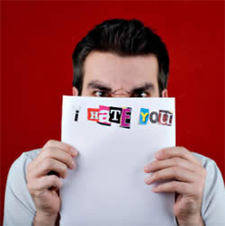 I think all of us tend to 'hate' our carriers from time to time (I know I was swearing to myself about Rogers a couple weeks back when I received my bill and had $400 in excess data charges...stupid iPhone use during the Smartphone Round Robin!), but it seems in the United States Verizon customers may have the most legitimate claim to their 'hate' by way of crippled features (GPS), lack of BlackBerry Software support, higher prices and typically less-cool phones (one of the downfalls of being on a CDMA network).

This week at the Consumer Electronics Show in Las Vegas Yahoo released Yahoo! Go 3 BETA, and while it has been getting a lot of positive reviews from BlackBerry users, Verizon users who try to download the application are met with an error message stating it is not supported. With consumer-friendly software being one of the RIM's inroads into the Consumer smartphone market, Verizon's continued lack of support for Yahoo! Go gives further cause to ask the question Does Verizon Hate BlackBerry? The forum thread is getting a lot of passionate responses - both against and some for Verizon. It makes a good read! Have an opinion yourself? Be sure to post it!