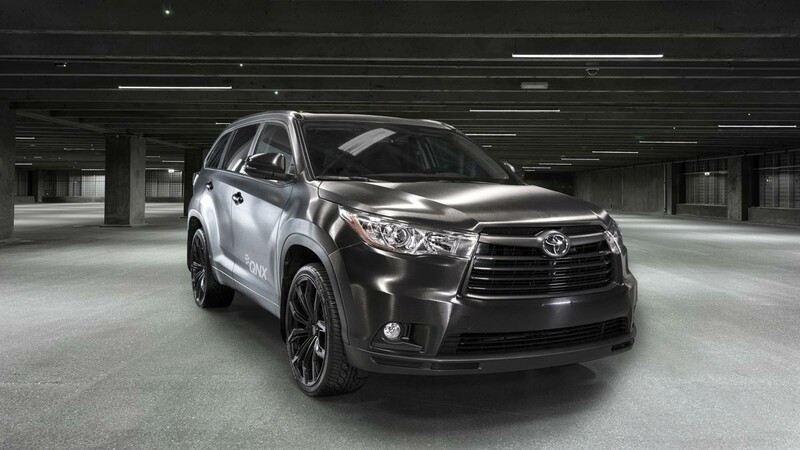 Ahead of CES 2016, QNX promised to show us their vision for the evolution of automated driving and they've now done so by showcasing advances in advanced driver assistance systems (ADAS), vehicle-to-vehicle (V2V) communications, and vehicle-to-infrastructure (V2I) communications. and OS technologies that will enable autonomous and semi-autonomous vehicles.

"QNX has the unique advantage of being a leader in automotive OS software, while also having 30 years' experience in life-critical, safety-critical, and high-availability systems - the perfect recipe for helping automakers and Tier 1 suppliers make the transition to automated driving," said John Wall, Senior Vice President and Head of QNX Software Systems. "With platforms like the safety-certified QNX® OS for Safety, and a growing ecosystem of ADAS partners, QNX is primed for what promises to be the most exciting transformation in the history of the automotive industry: the advent of the autonomous car."

In addition, QNX is demonstrating its comprehensive suite of solutions for digital instrument clusters, infotainment systems, telematics, and acoustics. All of the demonstrations integrate a rich complement of QNX and third-party technologies, illustrating how QNX and its partner ecosystem offer a proven platform for reducing development costs and speeding time-to-market for automotive manufacturers. Highlights include a new QNX technology concept vehicle based on a Toyota Highlander, an enhanced QNX reference vehicle based on a Jeep Wrangler, and an interactive command center that graphically illustrates the benefits of V2V and V2I technology.

"QNX has the unique advantage of being a leader in automotive OS software, while also having 30 years' experience in life-critical, safety-critical, and high-availability systems - the perfect recipe for helping automakers and Tier 1 suppliers make the transition to automated driving," said John Wall, Senior Vice President and Head of QNX Software Systems. "With platforms like the safety-certified QNX® OS for Safety, and a growing ecosystem of ADAS partners, QNX is primed for what promises to be the most exciting transformation in the history of the automotive industry: the advent of the autonomous car."

For the first time at CES, QNX Software Systems is demonstrating V2V and V2I (collectively, V2X) technologies powered by the QNX® Neutrino® OS. V2X units embedded in the two vehicles and in a traffic light communicate wirelessly with one another to demonstrate how V2X technology can prevent collisions and improve traffic flow.

The demo includes an interactive command center that provides a bird's eye view of several V2X traffic scenarios, including intersection collision warnings, red light warnings, early brake-light warnings, and green light speed optimization. For instance, the command center demonstrates how V2X allows vehicles to detect whether a car up ahead has braked suddenly, giving the trailing vehicles ample time to slow down and avoid a pileup.

Both vehicles in the BlackBerry booth demonstrate how QNX-based ADAS systems can perform realtime analysis of complex traffic scenarios to enhance driver awareness or enable various levels of automated driving. In the Toyota Highlander, attendees will experience a highway scenario in which ADAS algorithms by AdasWorks detect and track vehicles and highway lanes, and help determine a safe distance from the vehicle up ahead. In the Jeep, the CVNAR™ solution by Luxoft runs computer vision and augmented reality algorithms to highlight points-of-interest, street names, destinations, pedestrian crossings, turn-by-turn navigation arrows, and forward collision detection. The ADAS systems for both vehicles use an NVIDIA Tegra K1-based automotive platform.

The new QNX technology concept vehicle features a "glass cockpit" that combines the functions of an instrument cluster and an infotainment system into one seamless display - everything is presented directly in front of the driver, where it is easiest to see. To further minimize distraction, the cockpit offers voice control of media, navigation, and phone connectivity, allowing drivers to access infotainment content without taking their eyes off the road. Built on the QNX CAR Platform for Infotainment, the cockpit integrates several partner technologies, including iHeartRadio, HERE Auto navigation integrated with a HERE Auto Companion App, and a Renesas R-Car H2 system-on-chip.

The QNX reference vehicle also includes a full-featured head unit that demonstrates the latest out-of-the-box capabilities of the QNX CAR™ Platform for Infotainment. Highlights of the platform include:

The head unit in the Jeep runs on an Intel® Atom™ E3827 processor.

No more straining to hear the driver when you are in the back seat. The QNX technology concept vehicle demonstrates innovative new QNX In-Car Communication (ICC) technology, which enhances the voice of the driver and relays it to infotainment loudspeakers in the rear of the car. QNX ICC adapts to changing noise conditions, applying enhancement only when needed. QNX ICC is part of the new QNX Acoustics Management Platform, which enables high-performance digital signal processing on application processors, eliminating the need for dedicated DSP hardware. The ICC demo runs on a Texas Instruments (TI) "Jacinto 6" infotainment processor.

The BlackBerry booth will also feature two product demos highlighting BlackBerry's end-to-end solutions for IoT verticals. A display of BlackBerry's over-the-air software update platform, which can be applied to automotive and other embedded solutions, shows how the platform can update applications, settings, and firmware for devices. An asset tracking demonstration showcases the solution and interface for tracking trucks, chassis, and containers; for reporting current locations and sensor data; and for enabling custom alerts and fleet management applications.

BlackBerry is securing a connected world, delivering innovative solutions across the entire mobile ecosystem and beyond. We secure the world's most sensitive data across all end points - from cars to smartphones - making the mobile-first enterprise vision a reality. Founded in 1984 and based in Waterloo, Ontario, BlackBerry operates offices in North America, Europe, Middle East and Africa, Asia Pacific and Latin America. The Company trades under the ticker symbols "BB" on the Toronto Stock Exchange and "BBRY" on the NASDAQ. For more information, visit www.BlackBerry.com. BlackBerry, QNX, QNX CAR, Neutrino, and related trademarks, names and logos are the property of BlackBerry Limited and are registered and/or used in the U.S. and countries around the world. Intel and Intel Atom are trademarks of Intel Corporation in the U.S. and/or other countries. All other marks are the property of their respective owners. QSS and/or BlackBerry are not responsible for any third-party products or services.