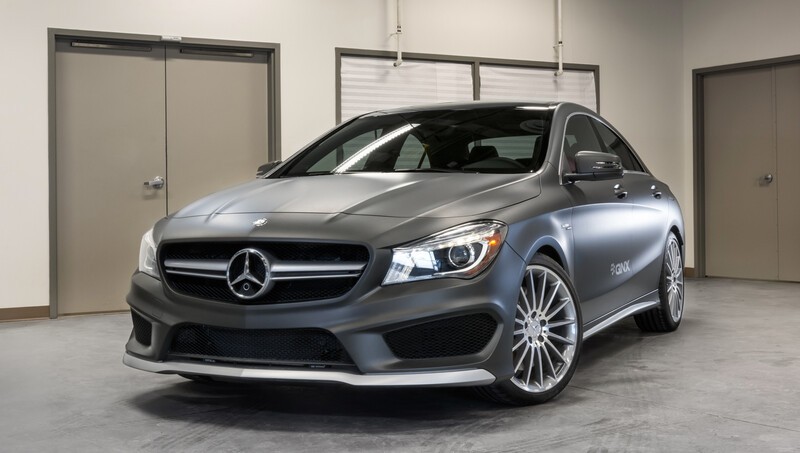 The team from QNX is once again on the ground at CES, and this year they'll not only show off one car, but three. The trio of rides includes two technology concept cars and the QNX reference vehicle.

A Mercedes CLA45 AMG will be outfitted with all kinds of QNX goodies including vehicle-to-vehicle calling, multiple navigation engines, rear-seat interaction and more. A Kia Soul will be showing off QNX Acoustics technology with Engine Sound Enhancement, QNX Acoustics for Active Noise Control and more. Lastly the reference vehicle will be making its second appearance at CES with a QNX infotainment system.

Check out the full press release below and stay tuned for more on QNX from CES! If you simply cannot wait to see more, have a look at the QNX Flickr account.

From the latest advancements in car infotainment, acoustics technology, navigation engines, and natural speech recognition, this year at 2014 CES QNX Software Systems is showcasing a unique and seamless way to interact with a vehicle, where consumers can interact with the car in a natural way – in much the same way they speak with friends and family.

At 2104 CES, QNX Software Systems will demonstrate not just one car, but three vehicles with new features and capabilities. This includes two new technology concept cars and the QNX reference vehicle: