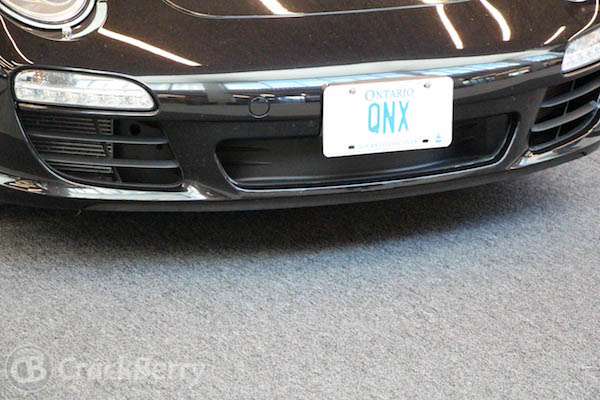 QNX announced today that they are working with NVIDIA and will support the NVIDIA Tegra processor in the new QNX Car 2 application platform. The small Tegra processor incorporates a quad-core ARM CPU, NVIDIA GeForce GPU and audio, video and image processors. The processor allows for video and audio playback that puts little stress on a vehicles system. The QNX technology is licenesed to millions of vehicles for systems including navigation, instrument clusters, hands-free systems and more. Keep reading for the full press release.

DETROIT, MICHIGAN--(Marketwire - October 16, 2012) - SAE Convergence 2012 (booths 815, 809) - QNX Software Systems Limited, a global leader in software platforms for in-car infotainment and telematics systems, today announced that it is working with NVIDIA to bring advanced infotainment solutions to the automotive market. As part of this initiative, the companies will integrate support for the NVIDIA® Tegra® processor into the QNX CARTM 2 application platform.

The Tegra processor is a system-on-a-chip that incorporates a quad-core ARM CPU, an NVIDIA GeForce® GPU, and dedicated audio, video, and image processors. At the size of a thumbnail, this highly energy-efficient processor enables vibrant 3D graphics, smooth video playback, and advanced audio processing, while placing fewer demands on vehicle electrical systems.

"QNX Software Systems and NVIDIA have a proven track record of delivering on production programs for Audi, a recognized innovator in automotive infotainment, and we're excited to add support for Tegra to the latest generation of our automotive platform," said Linda Campbell, director of strategic alliances, QNX Software Systems.

The QNX CAR 2 application platform is a pre-integrated software stack designed to reduce the time and effort of creating highly sophisticated and personalizeable in-car infotainment systems. The platform, which won a Best of CES 2012 award, is now being evaluated by select automakers and tier one automotive suppliers for use in next-generation infotainment systems.

QNX and NVIDIA Technologies in Audi A6 at SAE Convergence

This week at SAE Convergence, NVIDIA will demonstrate the acclaimed Audi A6, equipped with an infotainment system powered by technology from QNX Software Systems and NVIDIA. The system delivers vibrant graphics, including 3D navigation with Google MapsTM and live Google EarthTM integration, as well as natural voice recognition.