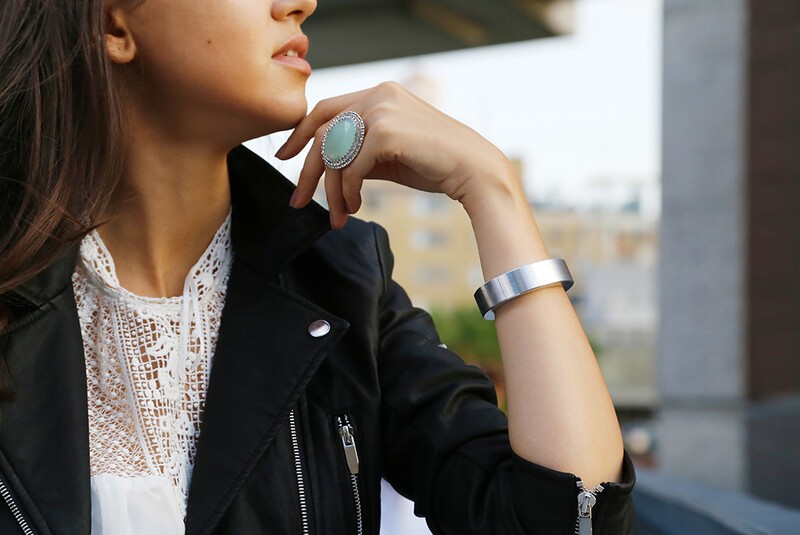 There's something to be said for convenience and fashion in one, though we might have to question just how convenient the battery-as-a-bracelet QBracelet really is. The band splits in the middle, with a hinge on one side and your choice of a microUSB plug or Apple Lightning connector on the other. Simply pop it off your wrist and plug into the charge port on your phone to juice up. But how much juice are you looking at? Not enough, especially not for the $99 asking price. It's not a smartwatch — it's just a battery, for your wrist.

Inside the curved metal shell of the QBracelet you'll find 1160mAh of battery. That's good for a touch over half a charge on some older smartphones, and barely a third on the new larger flagships that dominate today's shelves. But hey, it comes in your choice of brushed silver, gold, and black, or matte black or white. And it measures 8mm thick and weights up to 1.6 oz (depending on the size you choose). That counts for something, right?

The QBracelet is up for pre-order now, and they're even offering a discount to $79.99 for those that do pre-order. The question is, even at that price, is the QBracelet something you really want dangling on your wrist when a much-larger-capacity battery can be had for much lower cost and just reside in your bag or pocket?