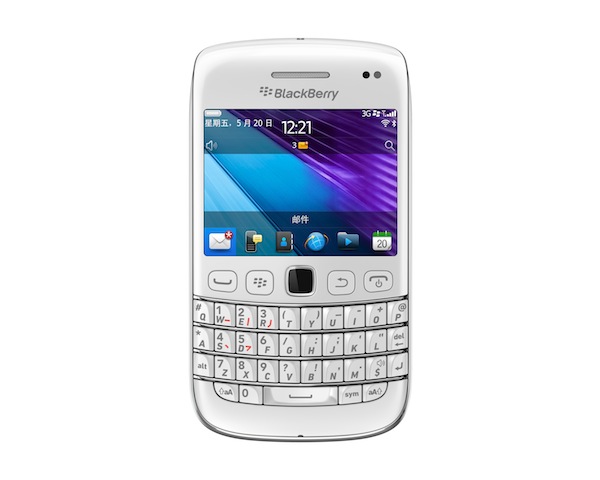 It was only a a day ago that we told you that the Pure White BlackBerry Bold 9790 is available sim free in the UK. However, now the device has started rolling out in other regions. Hong Kong is the first to officially announce the new white version and it is now available from authorized carrier partners and retail channels. In addition - any customer who purchases the Bold 9790 in Pure White will be entitled to a power bundle which includes a battery and screen protector worth HL$508 for free.

Research In Motion are also keen to let BlackBerry subscribers in Hong Kong know that BlackBerry 7.1 is available to download for the Bold 9900 and Torch 9810. Customers are advised to visit http://hk.blackberry.com/update/ or use the BlackBerry Desktop Software.

You can catch the full press release below.

True to the BlackBerry Bold brand, the BlackBerry Bold 9790 smartphone is powerful, full-featured and built with premium materials and finishes. It combines a high-resolution and highly responsive touch display with a highly tactile keyboard and a precise optical trackpad, but comes in a narrow design that is easy to carry and exceptionally comfortable to hold.

With the new BlackBerry 7.1 OS, the BlackBerry Bold 9790 delivers fast, smooth performance for browsing the web, running apps, working with documents, and enjoying multimedia. It includes 8GB of onboard memory and an expandable memory card slot that supports up to 32GB of additional storage.

A new Wireless Media Server feature has been added, allowing customers to wirelessly connect the BlackBerry Bold 9790 smartphone to a game console, desktop or laptop computer in order to share music, movies, and pictures with a room full of friends*. Now special moments captured by a BlackBerry Bold 9790 customer can be played back on the big screen for everyone to enjoy.

Enhanced Productivity
The BlackBerry Bold 9790 can also boost a customer's productivity from virtually anywhere with Mobile Hotspot, which allows them to share their cellular connection with up to 5 Wi-Fi®-enabled devices, including laptops and tablets.

In addition, the newly added Battery Saving Mode feature can allow customers to extend the battery life of their BlackBerry Bold 9790 when it is most needed. The feature gives customers the option of having their smartphone settings - such as the display's brightness level, backlight, and Mobile Hotspot feature - automatically adjusted when the battery power reaches a pre-defined level.