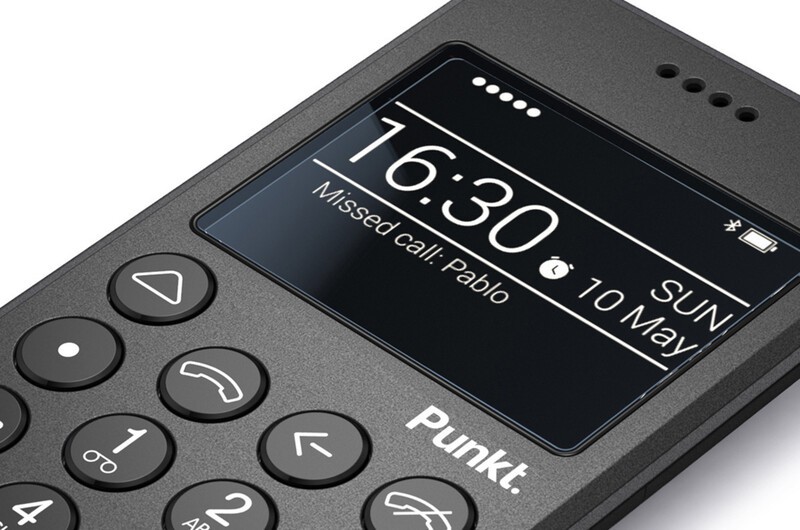 Back in March, BlackBerry signed a new licensing deal with Swiss consumer electronics maker, Punkt Tronics AG, known for their minimalist mobile phone, the MP01. At the time of the announcement, it wasn't apparent how they would be making use of BlackBerry technology, but new info on the Punkt site shows they have a 4G LTE phone coming that is secured by BlackBerry.

Simply named MP02, Punkt's information about the phone is kept to a minimum (totally on brand) as they're not quite ready to highlight all the details, but they do note that the MP02 will be a different device from what their current customers are used to. Newer features to the Punkt line, aside from 4G, include HotSpot, a bigger display and keyboard, and more.

The MP02 is a completely different phone, in terms of aesthetics, hardware and software. Like the MP01, it's designed to be a servant and not a master, but it does include a number of extra features. For example, you can link a tablet or laptop to it for Internet access.

The MP02 is for people who know that a phone call is often the best way to connect: more personal, more efficient. But it also functions as an internet hotspot, which means you can view websites and write emails with a sensibly-sized screen and keyboard. And not all the time, so being on-line is a choice, not a reflex.

Where BlackBerry comes in is covered under the security information, naturally. As the Punkt MP02 is a more advanced phone, Punkt highlights the partnership with BlackBerry.

The MP02 is significantly more complex than the MP01, so we have teamed up with BlackBerry to keep it secure. BlackBerry adds enhanced security to the device at the point of manufacture, which means the MP02 is hardened and highly secure. With BlackBerry's integrated software components, the MP02 will be built with security from the start so you can trust that your data will be safe.

At this point, there doesn't seem to be any photos of the new device. Instead, Punkt wants you to sign up for their newsletter to learn more when they're ready to announce it but I have to say, it certainly does sound intriguing. There's so much more I want to know now. Needless to say, I signed up. Oh, and if you're curious about the MP01, check out this video from Unbox Therapy.

Learn more about the Punkt MP02