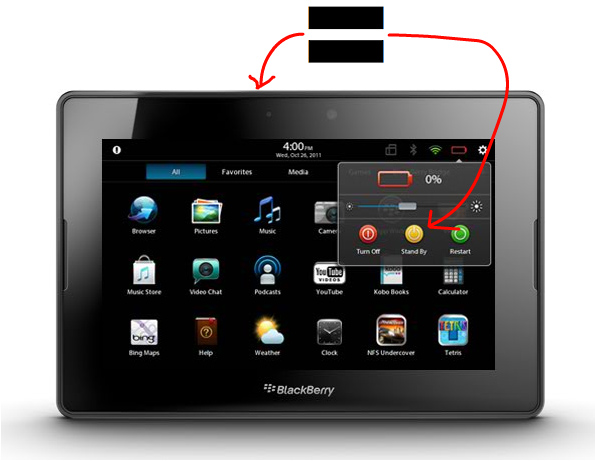 The best thing about attending events like BlackBerry DevCon or BlackBerry World is that it brings together tons of people who live lives focused around BlackBerry and the mobile space. For a person like me who lives and breathes BlackBerry everyday, I feel more at home at a BlackBerry conference than anywhere else in the world (no evil glares from Miss CrackBerry telling me it's about time I stop talking about BlackBerry!!).

As you might imagine would be the case at a BlackBerry event, pretty much the topic of every conversation is, well, BlackBerry. And the conversations that occur - at breakfast, lunch, in the bathroom, in the hallway, at dinner, at the bar... can get pretty interesting. Sometimes even downright heated!

At this year's DevCon, by far the best friendly argument I got into was with my friend and ex-RIM analyst Chris Umiastowski (who's been dropping some blog posts on CrackBerry recently and joined on us on our DevCon Podcast).

I walked in on a conversation Chris was having with another colleague, and the topic they were discussing was the battery life on the BlackBerry PlayBook. Specifically, Chris was saying how much better the battery life is when you use the software Stand By shortcut to turn off the PlayBook's display, rather than the physical power button. Chris figured his time between PlayBook charges went from two days up to four plus days once he quit using the physical power button and started tapping the battery icon and Stand By each time he wanted to turn his PlayBook off. Chris and colleague spent some time hypothesizing what happens differently between Stand By and the power button for a couple minutes (the colleague seemed to be in agreement with Chris). Maybe the WiFi listen works differently, or maybe it enters a smarter energy saving mode, yada yada yada.

After a minute of listening I FINALLY SNAPPED... Tapping the physical power button? Tapping the software Stand By shortcut? THEY DO THE SAME THING. I let loose some swears, told Chris he was on crack and went on to rant about how turning off the PlayBook with a tap of the physical power button is exactly the same as turning it off with the software Stand By button. Chris didn't believe me... said he was going to check into it with people. I said what's there's to check into and who are you going to ask who knows better than me?! I just told him that they're the same thing. Chris still didn't trust my words, so decided when he got home he was going to do a scientific test to compare the stand by battery life of the PlayBook when shut down in each different manner. Chris was certain his PlayBook battery life has been waayyyyy better with the trick of using the software shortcut for Stand By.

In the meantime, I talked to a member of the PlayBook team who confirmed what I was telling Chris. If there was any difference in battery life between powering down with the physical button compared to the software function, it wasn't by design intent (the person I talked to would have been shocked). I told Chris this, and yet again he didn't believe me and insisted on doing his test.

So what was the final verdict??? Who's right? Who's wrong??

Kevin was right. Chris was wrong. After 20 hours, whether stand by mode was entered via the physical button or software shortcut the battery life was exactly the same - 91% remaining in both tests (and Chris confirmed in both tests that WiFi continued to listen). We didn't bet money on this one - instead I bet Chris that if I won I'd blog the story up and make fun of him on the CrackBerry homepage. He's a good sport. :)

And the real lesson here? Don't be superstitious over how you turn off the display on your PlayBook to enter stand by. Use the power button or the software Stand By shortcut. It's the same thing.

Of course, I'm still waiting for RIM to give me a two finger swipe gesture to power off my PlayBook display. And if the PlayBook can't get it, I sure as hell hope the first BBX Smartphone has it. People will buy it just for that feature.