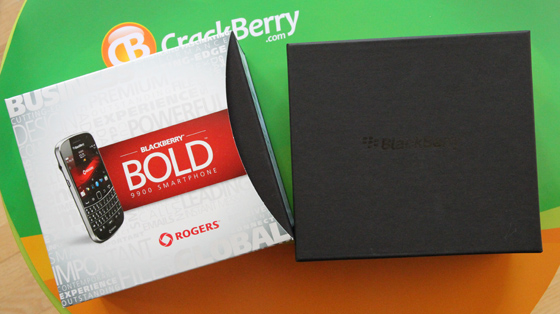 I'm going to be honest here. When it comes to smartphone pricing, I've never been one to pay close attention. I just assume I'm always getting ripped off and paying too much for the damn phone. And when signing a contract, it seems a bit silly to me to worry about the up front cost as where the carrier is making their big $$ is through the following 12/24/36 months as I pay my stupidly expensive bills. Whether it's a free phone or $199 phone up front, I'm still paying thousands over the life of the contract - the up front cost is almost insignificant. I'd rather pay a bit more now to get the phone I want rather than save $50 or $100 and still be stuck paying a big bill each month for some phone I don't like nearly as much.

So for the most part, and because I buy so many phones as I'm switching devices all the time, I pretty much buy all my BlackBerry Smartphones off contract. And while I think people buying on-contract phones are pretty concious of pricing and how it may differ between carriers, I'm not sure the same is always true for people when they buy phones at full cost. And people should pay attention to this, as it can and does vary. When it comes to something like a tablet, RIM set the PlayBook's MSRP at $499.99 for the 16GB version. You know that's the full price. If you find it for less, you know you're getting a deal. But for something like that the BlackBerry Bold 9900, RIM doesn't set an MSRP. The carriers do.

I learned this lesson last night when I went to pick up a BlackBerry Bold 9900 from Telus for the recent winner of our CrackBerry GooseChase event. Telus charged me $629.99 for the Bold 9900 ($705 after taxes). Yet just a couple weeks ago, I bought the exact same phone -- the BlackBery Bold 9900 -- from Rogers off contract for only $549.99 ($615 after tax). Walking into the Telus store last night I just sort of assumed the off contract pricing would have been the same, akin to the notion of manufacturer's MSRP. But nope. I paid more for a Telus logo. It's worth noting that on a 3yr contract, Telus is actually $100 cheaper than Rogers for the same phone. So I guess it all evens out. But for buying off contract, I totally got ripped. And heck, for less $$ at least the Rogers Bold 9900 comes with a nicer packaging sleeve around the box.

So as always, the lesson is buyer beware. In this case the money saving thing to do would have been to buy the Bold 9900 from Rogers, unlock it for $10-$20, and run it on Telus (you'd still have the manufacturer's one year warranty). Note - I'm talking GSM BlackBerry phones here, so the it's not a biggie to run a different phone on a network. I think it's time for me to mature a bit and start paying closer attention to pricing....  and on that note, I have to run to UPS and ship this phone to our winner!