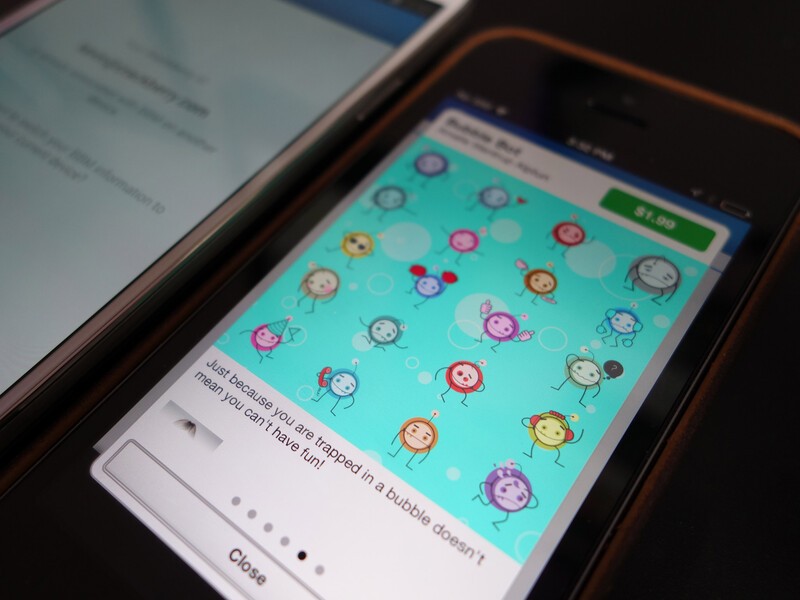 Ok, I take back ALL the mean things I said about BBM stickers. I kinda, actually, LOVE THEM! Honestly, BlackBerry was smart to give away the WWE BBM stickers free of charge for a limited time. I pretty much reply to every BBM I receive now with The Ultimate Warrior.

Beyond the freebie sticker packs, I've also been purchasing the other for sale ones, like Bubble Bot and Cos Cat (don't judge me - the little sheep holding the BlackBerry is just so damn cute).

One thing I noticed though is that BBM Sticker purchases do not move with you if you switch to a phone on another mobile platform. For example, if you buy stickers for iPhone 5s and switch to a BlackBerry Z30, your purchases won't be there. If you want that sticker pack, you'll have to rebuy it.

This isn't really a surprise, given that BBM Sticker purchase transactions take place respectively via BlackBerry World, Google Play and the Apple App Store. It's a good strategy for BlackBerry that ultimately should help push BBM up even further on the top grossing app lists. That said, it's definitely something you want to be aware of though in case you're going sticker crazy like me and will likely buy every sticker pack that becomes available.