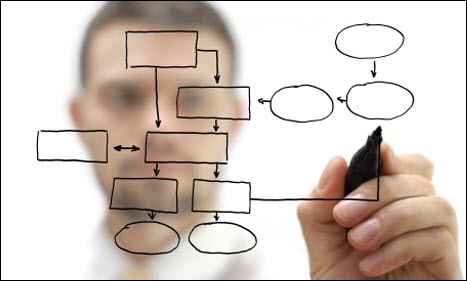 With the BlackBerry Developers Conference in full swing now, it's Research In Motions time to shine and show what exactly they have in store for developers to assist with getting their applications working and into the hands of the millions of BlackBerry Smartphone users out there.

New API's and new services are aplenty this time around and today Research In Motion announced some tools that will help developers with creating new revenue streams for their offerings, while keeping things easy and effective for the users. Advertising, Payment, Content Push and New Location Services are just a glimpse of what developers and users alike will be able to take advantage of in the coming months. Read on for the full press release.

"The BlackBerry ecosystem is thriving and with the new services platform announced today we will help developers further monetize their applications and build breakthrough, highly responsive, location-aware applications for BlackBerry smartphones," said Jim Balsillie, Co-CEO at Research In Motion. "RIM is continuing to provide the tools, technologies and business services that developers need to create and market even more powerful and successful applications on the BlackBerry Application Platform."

The new and innovative BlackBerry® Advertising Service will enable developers to integrate advertising into their BlackBerry applications, helping them generate revenue and simplifying the business of mobile advertising. With the BlackBerry Advertising Service, RIM plans to provide developers with access to a large pool of quality and innovative ad units from trusted top tier and specialty advertising networks such as Jumptap, Lat49, Millennial Media, Navteq, 1020 Placecast, Quattro Wireless and Sympatico.ca. The service will feature ads compliant with the Mobile Marketing Association's (MMA) guidelines as well as rich media ads that will be able to deeply integrate with BlackBerry applications. Examples of this deep integration between ads and applications will include the ability to easily initiate a call from an ad, add a calendar entry or contact entry from an ad, and directly link to an application in BlackBerry App World™ from an ad. The service will also include real-time, detailed, consolidated reporting of advertising across ad networks, including ad impressions, clicks, conversions and earnings, as well as integration into the Omniture Online Marketing Suite™ for more advanced analytics.

BlackBerry Advertising Service and a software development kit (SDK) are planned to be available in the first half of 2010.

A new BlackBerry® Payment Service from RIM will present BlackBerry developers with new opportunities to monetize applications by selling digital content such as premium content, monthly or annual subscriptions, and additional levels or upgrades for games and other entertainment applications from within their applications. The BlackBerry Payment Service will also incorporate merchant services, including customer billing.

BlackBerry Payment Service and an SDK are expected to be available in mid 2010.

More information about BlackBerry Push Service is available at www.blackberry.com/developers/pushservice.

Cell Site Geolocation – Cell site geolocation is a new service that will provide developers with an alternative to GPS, providing an estimate of a smartphone's location based on cell tower triangulation. Cell site geolocation is generally faster than GPS, uses less battery power (which makes it ideal for applications that run in the background while multi-tasking), and is ideal for indoor use where the line-of-sight to satellites required by GPS receivers is not always available.

The cell site geolocation service is planned to be available in the first half of 2010. It will be supported on BlackBerry smartphones running BlackBerry OS 5.0 or higher.

Travel Time – RIM will also launch a new travel time service. Using a simple API call, developers will be able to incorporate estimated travel time within their applications for almost any destination in the US and Canada. The travel time calculations will be based on distance, speed limits and aggregated traffic conditions. The service returns values for an estimated arrival time, total travel time and total distance that can be used in an application.

The travel time service is expected to be available in the first half of 2010.

For more information and updates about the new services available to developers on the BlackBerry Application Platform, visit www.blackberry.com/developers.