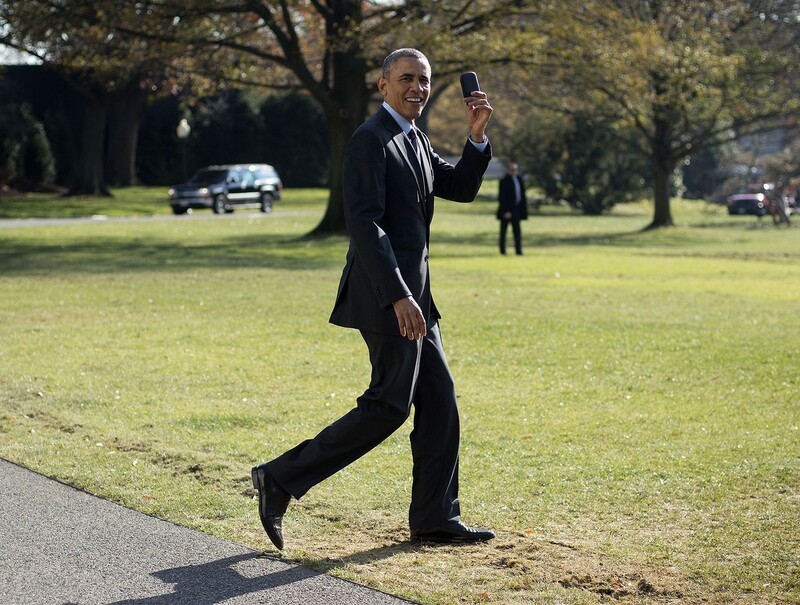 Even for a normal person, leaving your BlackBerry at home is a pretty traumatic experience that results in panic and ultimately a return trip home but if you're President Barack Obama, that experience is even more intense. As he was heading to Las Vegas aboard Marine One, President Barack Obama realized he had forgot something in the White House and headed back inside, telling reporters 'I forgot something.'