With any new BlackBerry it's tradition for it to be unboxed on video. The luxurious Porsche Design BlackBerry P'9983 is most definitely worthy and I suspect that if you can afford the hefty £1400 ($2000) price tag, you will want to see what you're getting for your money.

Running BlackBerry 10.3 straight out of the box, the BlackBerry P'9983 is the third in the Porsche Design/BlackBerry partnership and in my opinion, the best so far. Like the BlackBerry Passport and Classic, the P'9983 is taking the hardware keyboard approach, which will please many long term BlackBerry addicts.

Essentially, the P'9983 is a BlackBerry Q10 in a different shell and with more onboard storage. In a way it's kind of a strange time for the device to be released, with the Passport and Classic following soon, but that's just the way it is.

The P'9983 of course won't be a mainstream handset, but I'm sure we'll see a few celebs rocking it over the coming months.

Although the P'9983 comes with a beautiful special glass-weave back door, Porsche Design have also released a variety of different colored leather ones. The special glass-weave does look awesome but it sure is one heck of a fingerprint magnet. If that will get on your nerves you can just switch over to a leather one and choose a color that suits your mood. 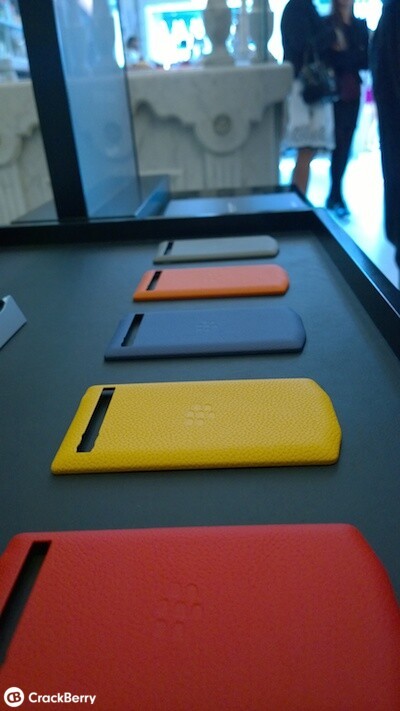