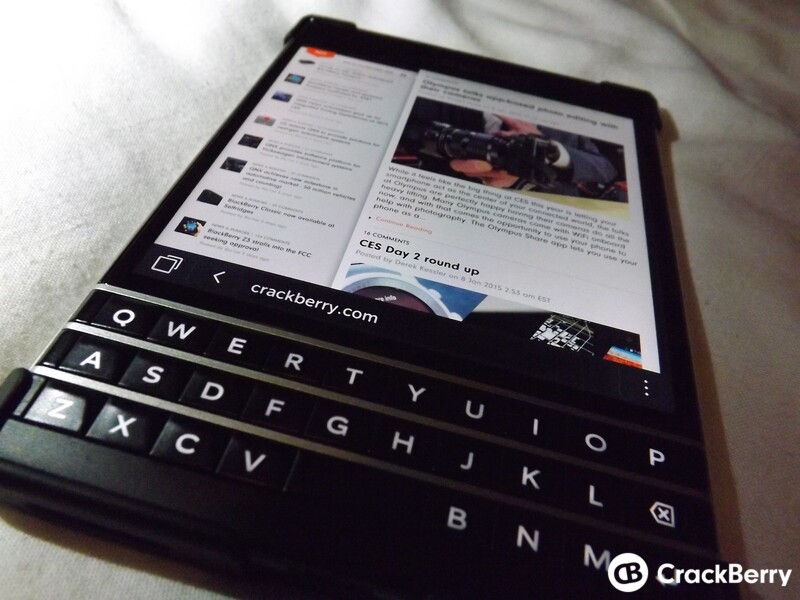 I recently threw out the question to you BlackBerry Passport owners of 'How do you scroll', as over the past few months I've found myself using the Passport's display to scroll rather than utilizing the magical powers that are in the hardware keyboard, which also allows for scrolling.

It's pretty clear from the poll results that I'm in the minority as only 17% of voters said that they too tend to use the screen rather than the keyboard. However, it would appear that most BlackBerry Passport users are using a combination of the screen and keyboard for scrolling, which to be honest was the option that I thought would get the most votes.

So I think it's safe to say that having a virtual trackpad built into the keyboard is a big hit, but not the biggest feature of the Passport. Will this feature stay for future flagship devices I wonder? I'd certainly like to think so.