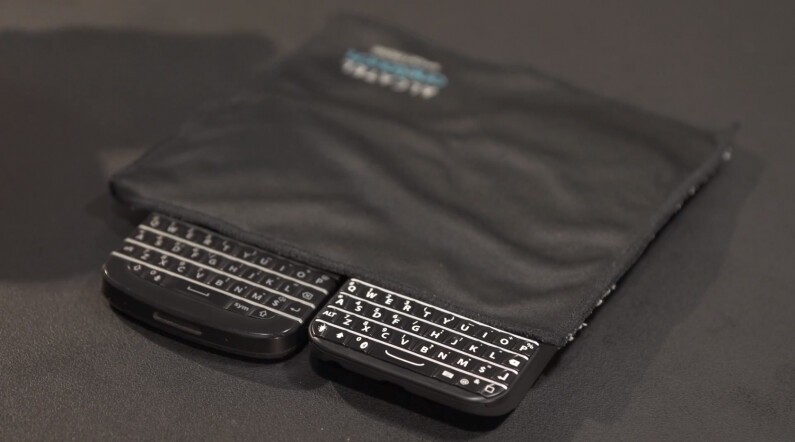 A wee while back we asked the CrackBerry nation if BlackBerry should make its own detachable keyboard for the iPhone. This was of course following on from the news of the Typo keyboard that Kevin was lucky enough to get hold of and review. Things have moved on recently though with BlackBerry winning a temporary injunction - stopping sales of the Typo.

Looking at the image above of the Typo sitting alongside the BlackBerry Q10 it's plain to see where they got their influence from. So, if the Typo is scrapped due to it being a rip off of the BlackBerry keyboard should BlackBerry themselves offer a solution to iPhone users?

As you'll see below the majority of voters were in favor of the idea - not by a huge amount though. I have to admit that I voted for the 'No way' option. I think that although it could potentially be good revenue for BlackBerry it would make the transition from BlackBerry to iPhone even easier - something none of us want to see.

Clearly there was at least SOME demand for this product as we've already seen.

The question is, are people loyal to the platform or the keyboard? It feels like a lot of folk who left BlackBerry already (iOS for example) won't come back to BlackBerry for a keyboard, but if they could get one for iPhone, they would. So in that case, if you already lost the customer from being a BlackBerry phone buyer, why not give them a BlackBerry product for the iPhone and get the $$ margin on the sale from the detachable keyboard. It fits into what John Chen has said about "bringing the BB experience to other platforms"... like BBM.

Now that Typo sales are on hold until the final trial, have your views changed at all? The Typo is a great idea and one that BlackBerry could cash in on in time, but I'm still not convinced they will. Sound off in the comments now that it's looking more and more like the Typo will end up in smartphone accessory heaven.