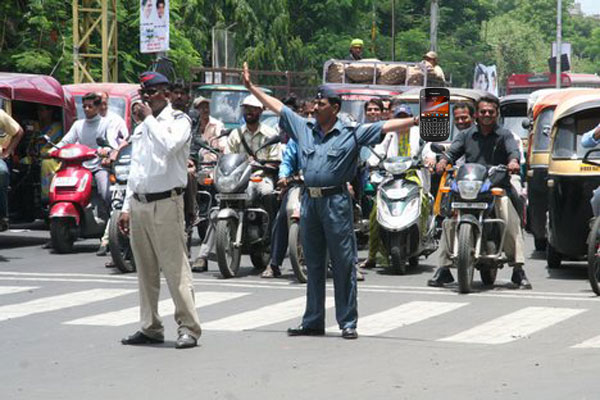 We've written a few posts in the past about UK Police Forces taking up the BlackBerry solution in order to aid them in getting more Police Officers out on the streets policing instead of constantly being in the Police Stations filing paper work. One Police Force had even added the a fingerprint scanner attachment to their BlackBerry devices to be able to ID perps they've stopped on the streets a lot faster.

It seems that India is following suit in the city of Bangalore, where the police computer wing of Karnataka state police put up the proposal. It differs to the UK in that this BlackBerry solution is for the traffic police in order to help them produce on the spot fines for violating motorists.

There are currently 750 police officers in the traffic wing of Bangalore city police who have been issued with BlackBerry devices. They have also been provided with Bluetooth enabled printers so that documents can be printed on the spot. It is said that the implementation of this BlackBerry solution will also add another 250 police officers to aid in manning the traffic in the busy city.

News like this is just another testament to how reliable the BlackBerry solution is in providing people with the tools they need to carry out tasks without being tied to the desk.