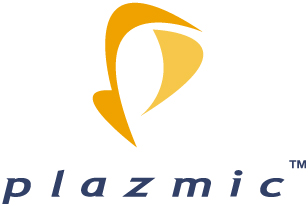 The last time we took a look at the Plazmic Content Developers Kit it was due to the fact RIM had removed the Plazmic.com homepage and placed it on the BlackBerry Developers page. It was later explained to us that this move was completed in order to get Plazmic in line with the rest of the BlackBerry developer tools as Plazmic was now going to more of an "in house" mission to get it top notch. This time, we're going to have a look at where Plazmic is hoped to be heading and a quick review of some of the issues theme developers are now faced with when making themes for BlackBerry devices.

At this time, the last action we saw from Plazmic was just a basic patch which allowed for themes to be made for some newer devices such as the BlackBerry Tour and the BlackBerry Curve 8520. While this patch did allow for those devices' themes to be created, it was far from a full implementation of Plazmic's potential as it left a lot of things unchanged and others just impossible. Easy things such as changing the font on the call screen were never corrected, among other things such as issues with fonts, irregular crashes and just overall bugginess.

Lately there has been a lot of talk about the current issues with Plazmic affecting 5.0 OS devices, mainly the BlackBerry Storm 9530 as this is the first device to officially have OS 5.0 available to it. Theme developers have recently been inundated with emails from Storm owners due to the issues seen on the device when being used in conjunction with OS 5.0. Landscape mode seems to cause glitches where themes are no longer sized right for the device, and while fixes have been found, they do not correct the issue 100% nor does it work on all themes. Another noticeable example of errors is with the offical OS release by Verizon, where certain icons are "squished" even on basic Precision themes. This however could fall under an OS or Plazmic issue.

The issues I addressed here are indeed not the problems of theme designers and I'm positive if you look around the CrackBerry forums you will find many more issues that users have with Plazmic.  The problem is, at this time, theme developers do not have the tools needed to fix themes correctly. The things here to consider or ask yourself are: Is RIM aware of these problems? Do they have plans to address and correct them? I can assure you RIM is aware of them and they will be addressed, it's just a matter of time. The BlackBerry developer community has grown quite a bit as of late with the launch of BlackBerry App World, the BlackBerry Developers Blog and RIM's own customer support forums.

As such, with the community growing, RIM has been more and more involved with actively listening to developers, collecting feedback and putting that feedback to work for them. The correcting of Plazmic's fallbacks is on their radar. While I cannot say for certain when we will see all this work come together, I can say that when looking at the BlackBerry developers conference session catalog a lot of focus is being placed on the utilization of developer tools to create advanced graphics. And certainly with RIM's focus on making Plazmic a better tool for developers, we should be seeing some of this focus at work at the developers conference as it is a widely used developer tool.