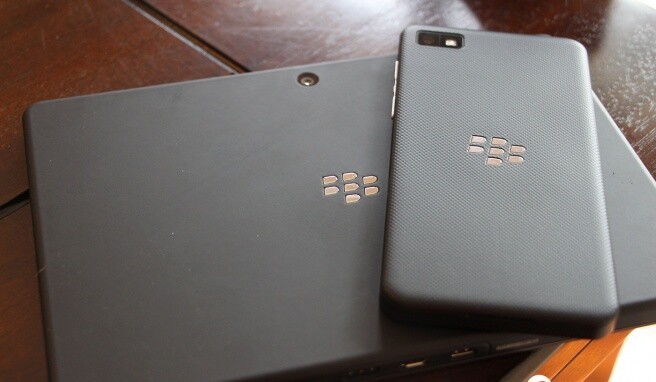 David Smith, executive VP of mobile computing and the head of the PlayBook, has resigned due to personal reasons, according to a BlackBerry spokesperson.

I reached out to BlackBerry for an official statement on David Smith's departure. Having spoken to David in the past, I know he's a passionate supporter of BlackBerry. Here's the official word:

"David J Smith has resigned from BlackBerry for personal reasons. He continues to come into work every day and is committed to working with BlackBerry through a proper transition."

Sometimes personal reasons are just that, personal. Don't read into this one for more than what the statement says - no funny business going on here. ***

Smith's exit from BlackBerry follows on the departures of the North American VP, and previous CEOs from Gist and Tungle. Smith has been with BlackBerry for 8 years, but there's a lot of transitioning happening at BlackBerry these days. As the last batch of quarterly financial results made explicitly clear, the company has to stay extremely lean in order to keep pushing BlackBerry 10 development and make the most out of the cash that's left in the bank.

While we aren't going to meticulously document every single middle manager that will be leaving BlackBerry in the coming months (there are going to be quite a few more, by the looks of things), Smith's exit says a lot about what to expect in terms of the PlayBook for the forseeable future: not much, if anything.