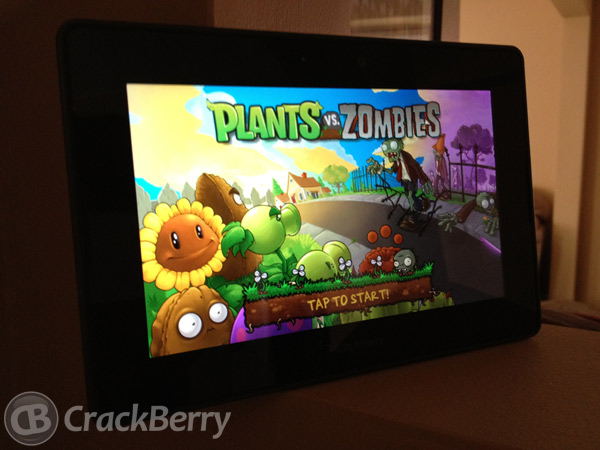 If you've been in App World on the BlackBerry PlayBook lately you'll notice that developers are pushing out app updates like they know something -- like maybe an OS update is on the way and they want their apps ready. But honestly that isn't too far fetched, as we already know that RIM has been testing PlayBook OS v2.0.1 for some time now. Enough with the speculation about a new OS as Plants Vs Zombies for the PlayBook has been updated to version v1.3.1307.

While I would love to tell you what has been updated that isn't something I can do as there wasn't a change log provided, something that should be mandatory for devs, but that's a talk for a whole other post entirely. If you haven't already, hit up App World on your PlayBook to get the latest version of Plants Vs Zombies and get your pea shooters ready.