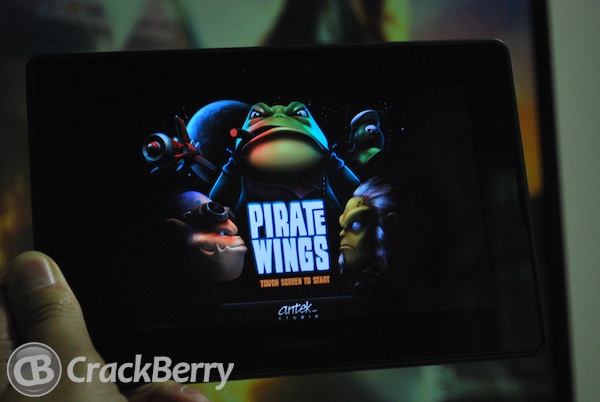 3D flying shooter Pirate Wings has made its way to the BlackBerry PlayBook. The game has been available on iOS for quite some time, and this is a direct port of that version (as noted by the "turn your iPhone" notice I got during the tutorial). Pirate Wings puts you inside a Star Fox-like ship while you race around 3D environments collecting powerups and firing off missles and mines.

I'm really digging the game thus far. The controls are a bit tough at first, but once you get the hang of it they aren't too bad. We'll have a full review coming along shortly, but if you want to check out Pirate Wings for yourself, you can grab it for $4.99 in BlackBerry App World.