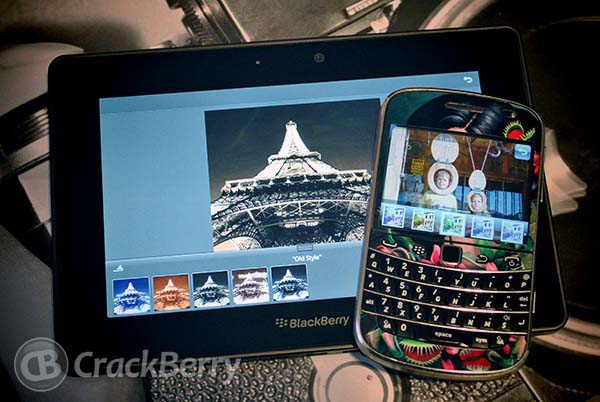 Photo Studio by KVADGroup is one of the best image editing apps available for BlackBerry, with tons of filters, effects, frames, and editing tools all rolled into one application. It seems like every time they release an update there are all sorts of new goodies added in, and this week's update is no exception. With the release of v.0.9.9 they have added in 27 new effects, a Summer Frames pack, and more!

This release of Photo Studio also brings the first version for the BlackBerry PlayBook. While currently an Android port, I'm hoping they will be able to bring us a native version in the near future. This first release doesn't have as many features as the smartphone version, but is still a great option for editing images on your PlayBook.

You can download the free versions of Photo Studio for BlackBerry smartphones and the BlackBerry PlayBook as well as purchase the Pro version for BlackBerry for $3.99 at the links below.