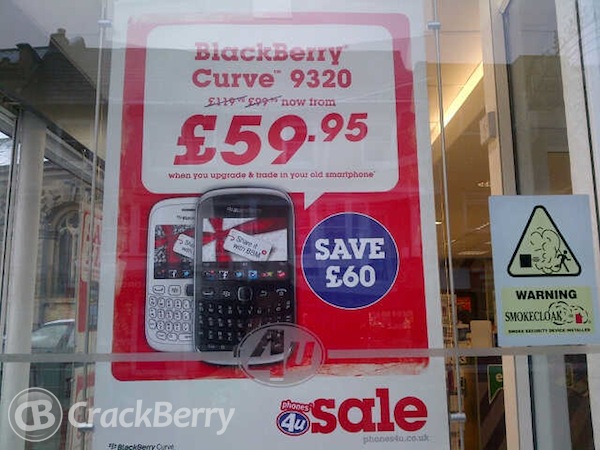 There is one requirement and that is that you trade in your old smartphone, but with many youngsters still using the BlackBerry Curve 8520 this may well be the perfect excuse for them to make the jump to a newer device. At this price point the 9320 is going to be a long way off the pre paid price of a BlackBerry 10 handset so PAYG sales should still be pretty good for Phones 4U at the moment.

As I write this I can't find the offer on the Phones 4U website, although that may change soon. In the meantime, if you want to take advantage of the deal, head on down to your local retail store. It's a real bargain.