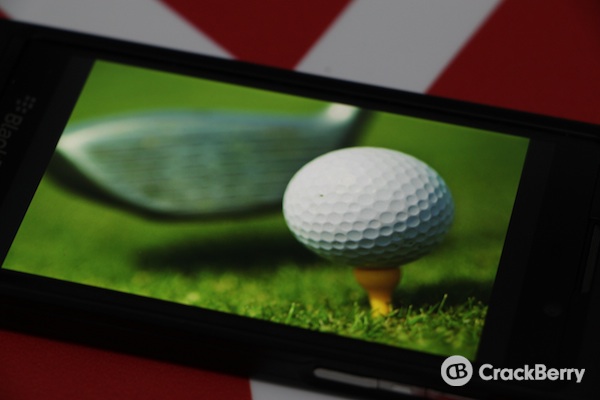 The PGA Tour has announced that they will be dropping a new app for BlackBerry 10 later this season. The PGA Tour app will let users access live scoring, video, news, statistics, and more through a native app built for BlackBerry 10. We can only hope that this is one of the first in a long line of awesome apps to come for BlackBerry 10 devices. No word on an official release date but we'll keep on the lookout. Full press release below.

PGA TOUR Will Introduce App for BlackBerry 10 in 2013

"Mobile continues to be a very important channel to engage with our fans and enhance their experiences," said Paul Johnson, PGA TOUR Senior Vice President of Strategic Development, Digital Media and Entertainment. "We are excited to bring a PGA TOUR app to the BlackBerry 10 platform later this year."

PGA TOUR fans using a BlackBerry 10 smartphone will soon have access to live scoring, video, news, statistics, and more, through a native application, available globally. Complete details on available content and features will be announced at a later date.

"Sports fans are some of the most engaged fans out there and the PGA TOUR app is a great example of how passion and access can drive engagement and conversation, and increase enjoyment of the sport - both as spectators and players," said Martyn Mallick, Vice President, Global Alliances and Business Development. "We look forward to seeing the PGA TOUR app on BlackBerry 10 smartphones."

to give back, generate significant charitable and economic impact in the communities in which it plays, and provide financial opportunities for TOUR players.

The PGA TOUR's web site is PGATOUR.com, the No. 1 site in golf, and the organization is headquartered in Ponte Vedra Beach, FL.